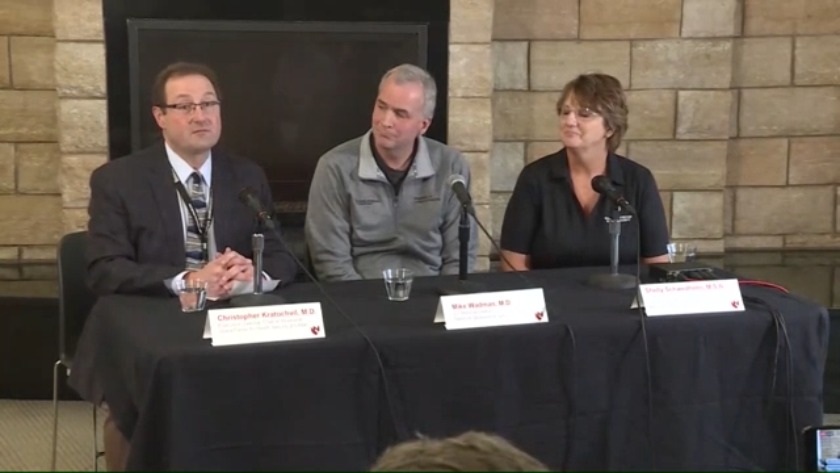 OMAHA, Neb. -- Thirteen Americans who have been on a cruise ship docked off the coast of Japan for two weeks have arrived in Omaha for further monitoring and treatment if needed.

The recently opened National Quarantine Unit, on the UNMC/Nebraska Medicine campus, was designed for this purpose – to safely monitor Americans after exposure to an infectious disease. The unit, which has a 20-bed capacity, is strategically located in close proximity to the Nebraska Biocontainment Unit, should a higher level of care be needed.

“We were there for Ebola, we were there for the rescued Americans now being monitored at Camp Ashland and we’re going to be there for these American citizens as well,” said Jeffrey P. Gold, MD, chancellor of the University of Nebraska Medical Center and University of Nebraska at Omaha. “Because we are one of the world leaders in this arena, we were asked by our federal partners, the U.S. Department of Health and Human Services, to rise to the challenge when our nation once more critically needs our expertise. Clearly, this is again, one of those times.”

The Americans coming to Omaha from the cruise ship will be closely monitored for and then will be tested for the coronavirus before leaving the Quarantine Unit.

“We understand that this news might make some people living in the Omaha area uneasy,” said James Linder, MD, CEO of Nebraska Medicine. “I want to assure everyone that our Nebraska Medicine/UNMC colleagues are among the best in the world at handling situations like these. In many instances, they’ve written the book on the most effective methods of quarantine and treatment. The Nebraska method is the tested standard.”

Currently, there have been 15 cases of COVID-19 in the U.S. and zero deaths. According to Nebraska Medicine, while this disease has been more infectious than the SARS outbreak in 2003, it has been far less lethal. Experts estimate a fatality rate between one and two percent for COVID-19, with the majority of the fatalities being in people with other medical conditions.