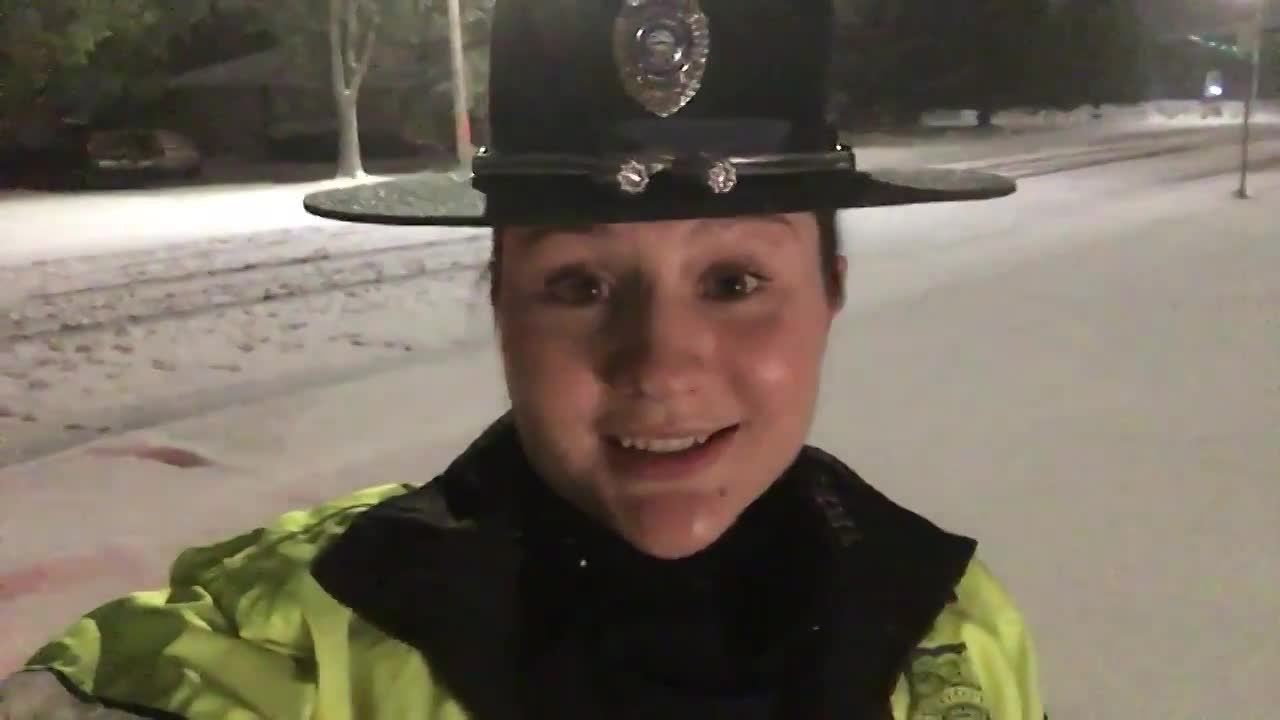 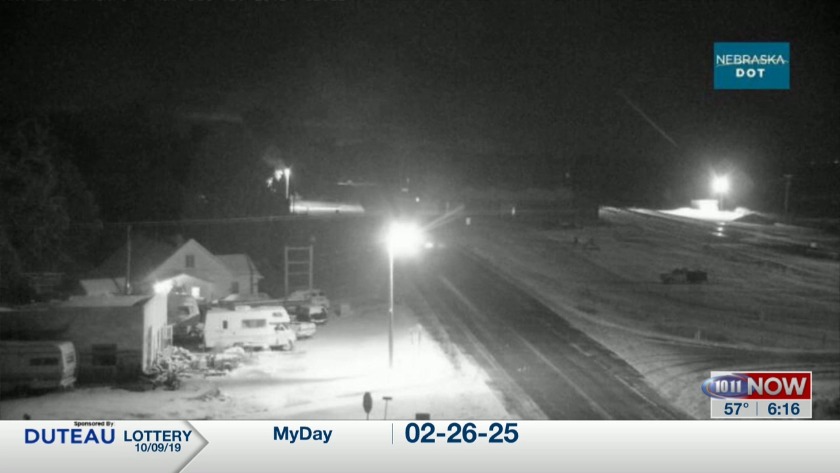 The first snow of the season has made its way to Nebraska.

Images from the Nebraska Department of Transportation showing snow coming down in western Nebraska around 11 p.m. Wednesday. (Source: NDOT)

Snow came down Wednesday in the western part of the state. Roads are already covered with mixed snow, ice and slush.

The northern Panhandle saw snow falling at a rate of up to .15 inch per hour based off of radar estimates, but due to a few factors like warm soil temperatures, accumulations stayed mild for some time. Lightening sensors indicate that there may have been a few instances of thundersnow in the north as well.

As of Thursday, there was a report of 5 inches in Chadron and 3 inches in Scottsbluff. There may be blowing snow and slick roads.

Nebraska State Patrol is already reminding drivers that the weather is changing so to be careful.

You can see road conditions HERE or by calling 511 from your mobile home.

Another round of snow in the forecast

Another round of wintry weather

Saturday goes on with sunny skies and blowing snow

Another round of snow in the forecast

Another round of wintry weather

Saturday goes on with sunny skies and blowing snow