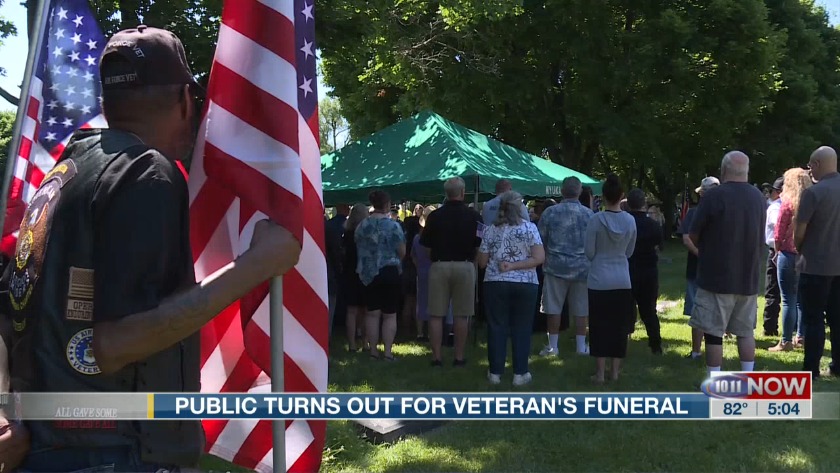 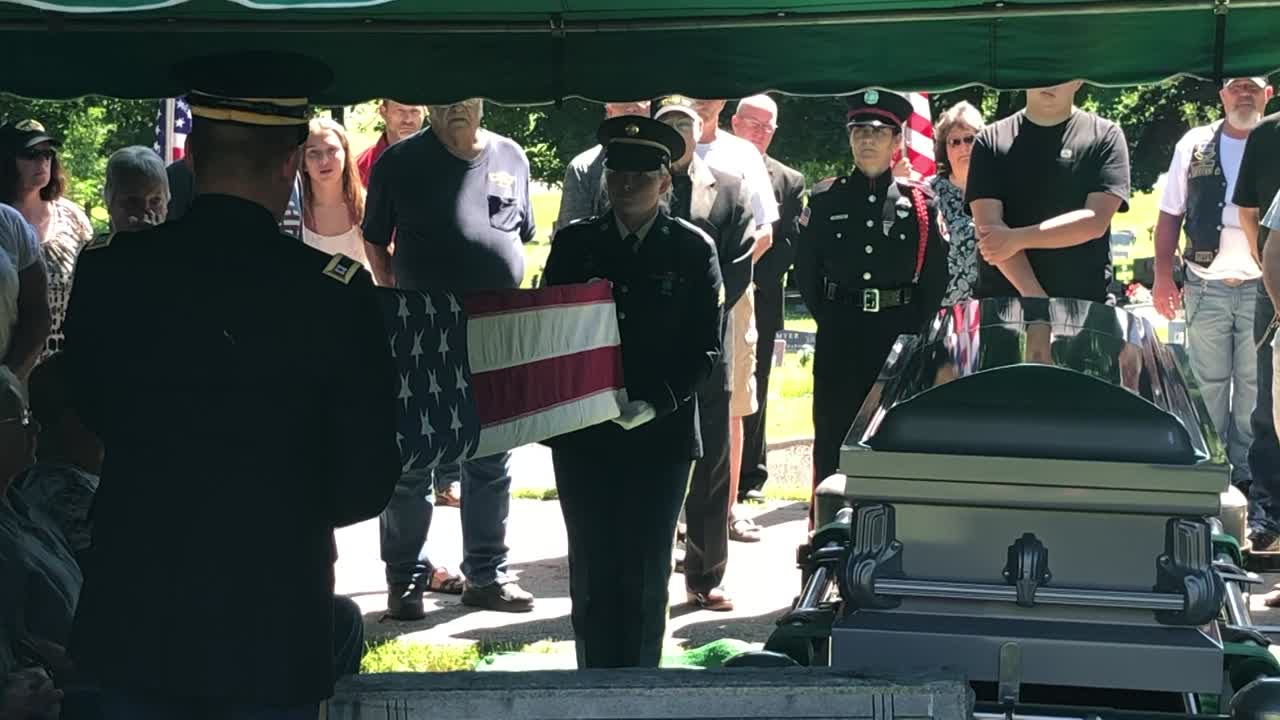 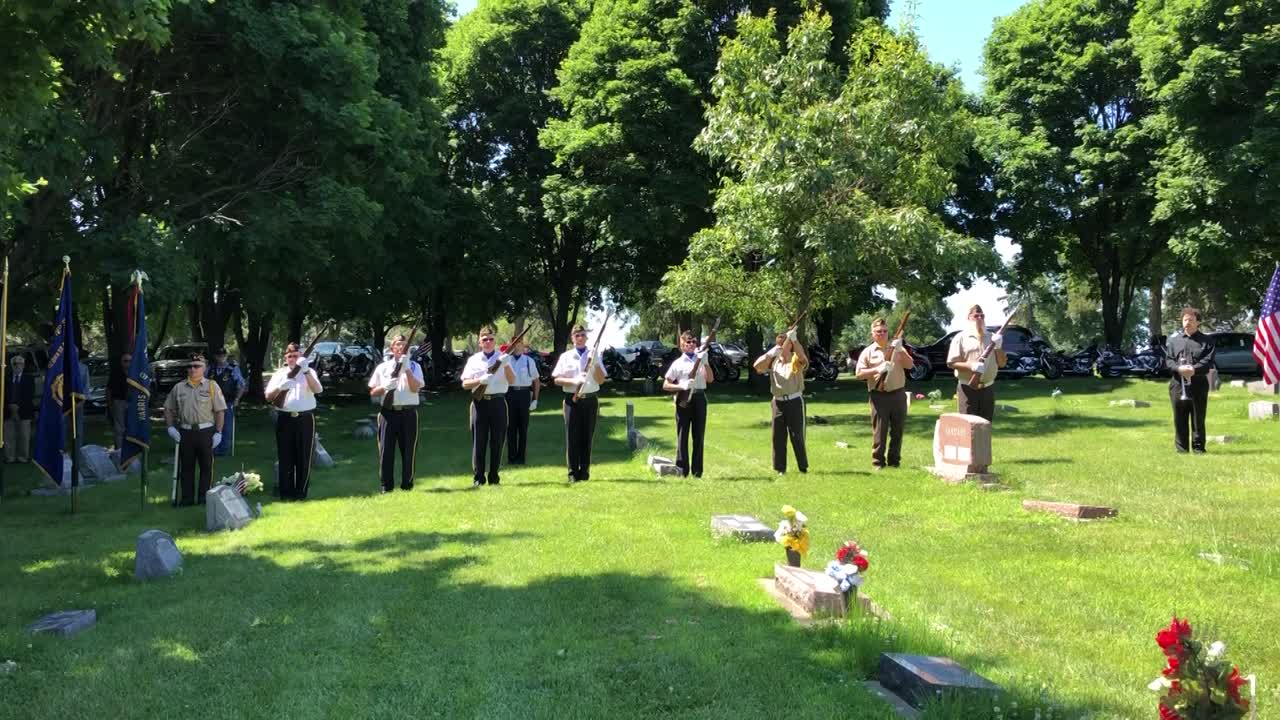 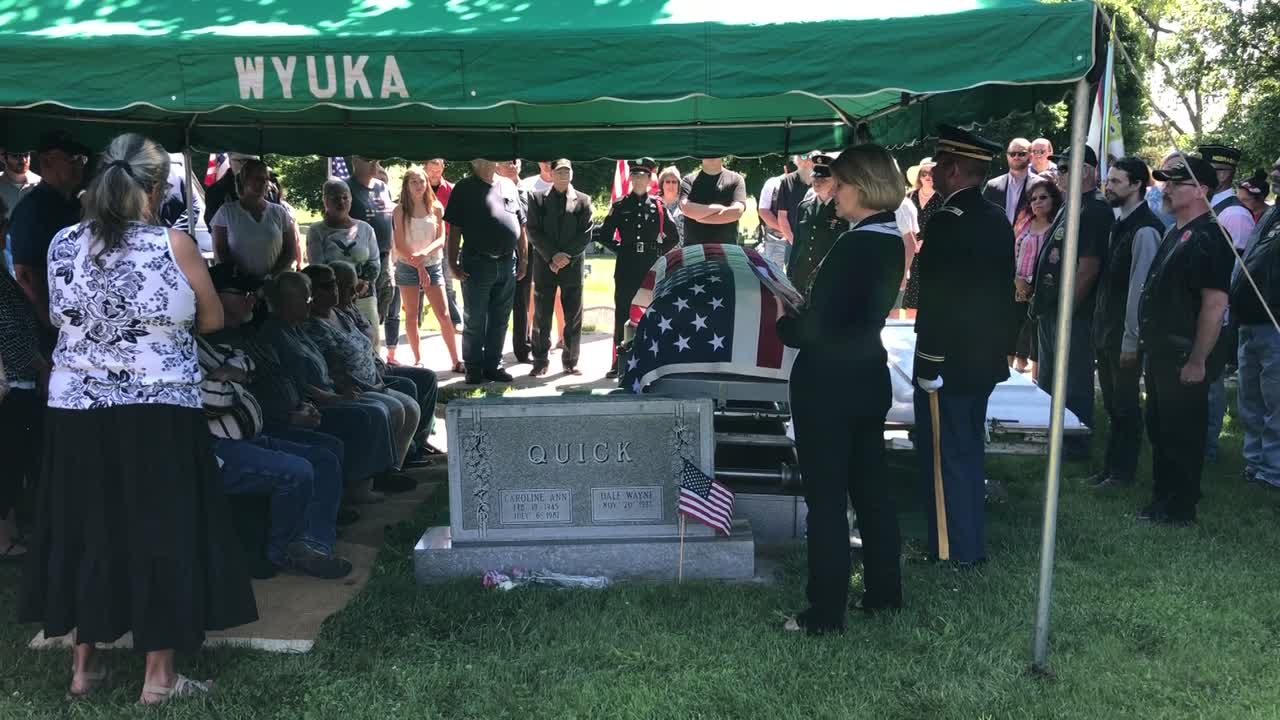 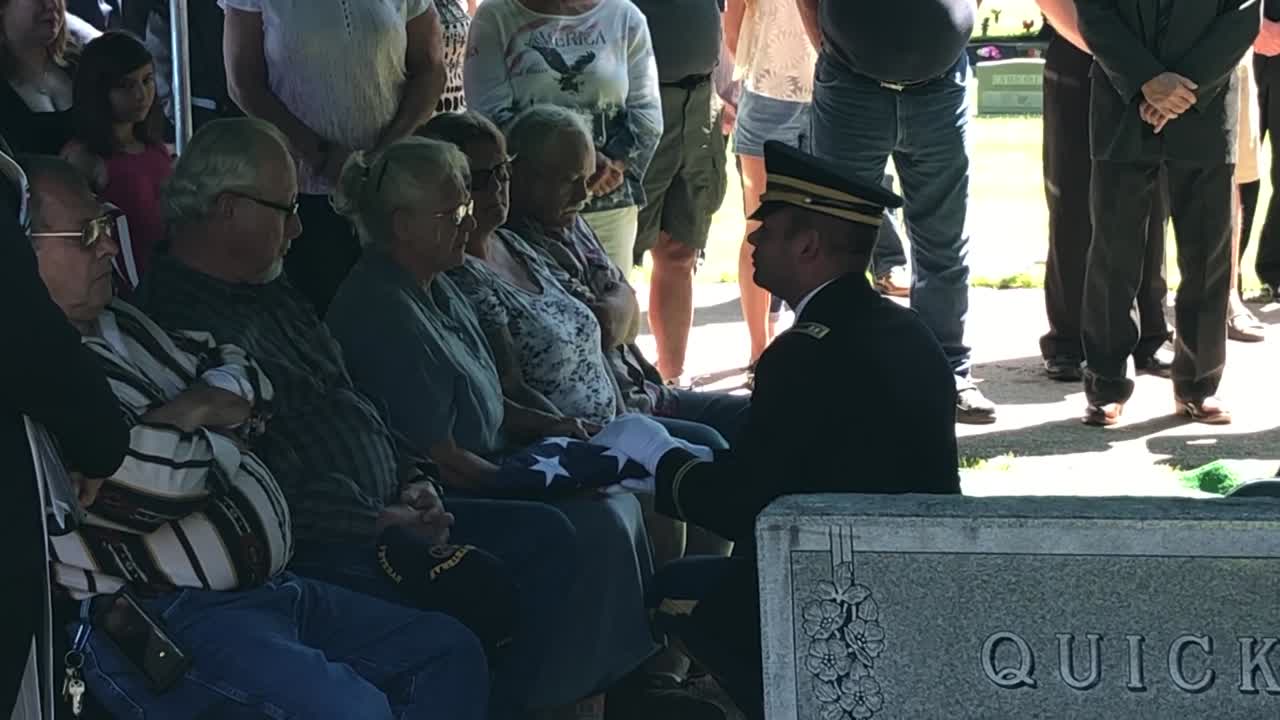 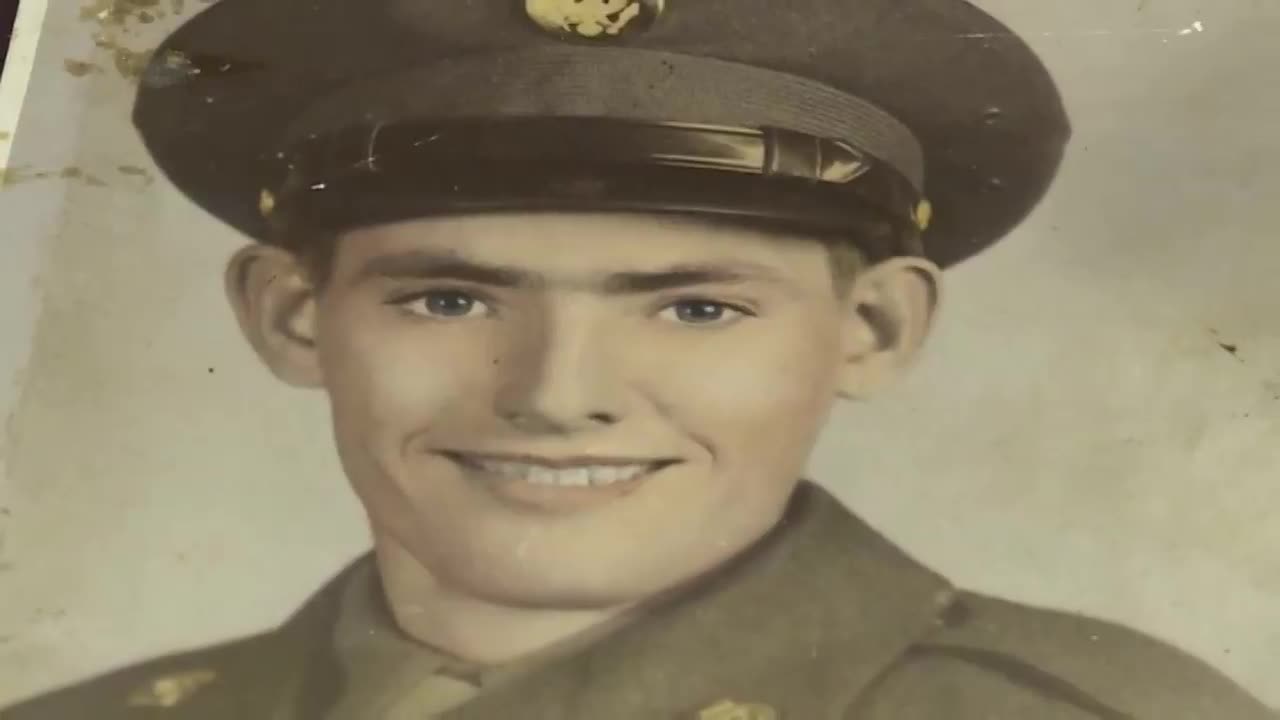 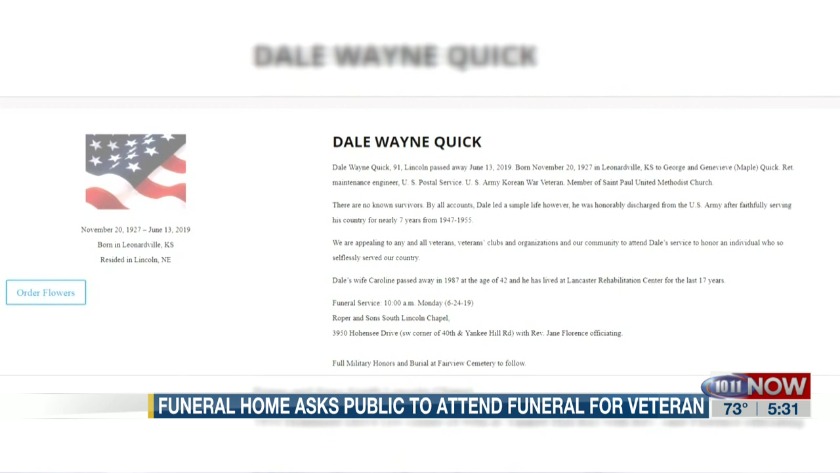 LINCOLN, Neb. (KOLN) - The people of Lincoln came together Monday morning to honor one of their own.

Dale Quick in his Army uniform.

About 300 people poured into Roper & Sons chapel in south Lincoln for the funeral of Dale Quick. The 91-year-old veteran passed away on June 13th.

"Dale was quite the character. He was either very ornery or stubborn. He loved his coffee and he would yell it to you 'coffee, cream no sugar!' every single time, it didn't matter how many times I got him a cup of coffee," hospice nurse Barb Dethelfs said.

"He was never mean he was always funny. He always had a big smile, especially when you talked to him about the ladies. I asked him if he was a ladies man one time and he had a big old grin on his face."

Roper & Sons asked for people to come to the unclaimed veterans funeral to make sure he received the recognition he deserved. The 91-year-old served in the United States Army for seven years and was a Korean War Veteran. Both Gov. Pete Ricketts and Sen. Ben Sasse were in attendance.

"We want to make sure that we don't leave anybody behind," Ricketts said. "I think that's why you had so many people here today to pay their last respects and to send off Dale to say 'Hey, I appreciate your service to our country.'"

His distant family learned about his death three days ago. They had not heard from him in nearly two decades.

"I'm glad we found him, so we have closure," Denise McVaugh, Dale's great-niece said. "I wish we would have found him sooner. When he was still alive."

Quick planned his funeral back in 1988 and gave the funeral home two numbers for his brother and sister who lived in Kansas.

After his siblings died, it was thought that he had no family. Roper & Sons President Tom Roper said they wanted to make sure he was honored the way he deserved.

"The response has been absolutely phenomenal, so we're very proud. It's about honoring a veteran, someone who served our country as long as he did,” said Tom Roper.

After the funeral, Quick was buried at the Fairview Cemetery next to his wife. His burial site was surrounded by fellow veterans, various motorcycle groups and people from Lincoln.

"There will never be a soldier, a sailor, or a marine forgotten by these organizations," Daniel Wheeler of the Patriot Guard Raiders said. "As long as there's one person left, that person will always be honored."