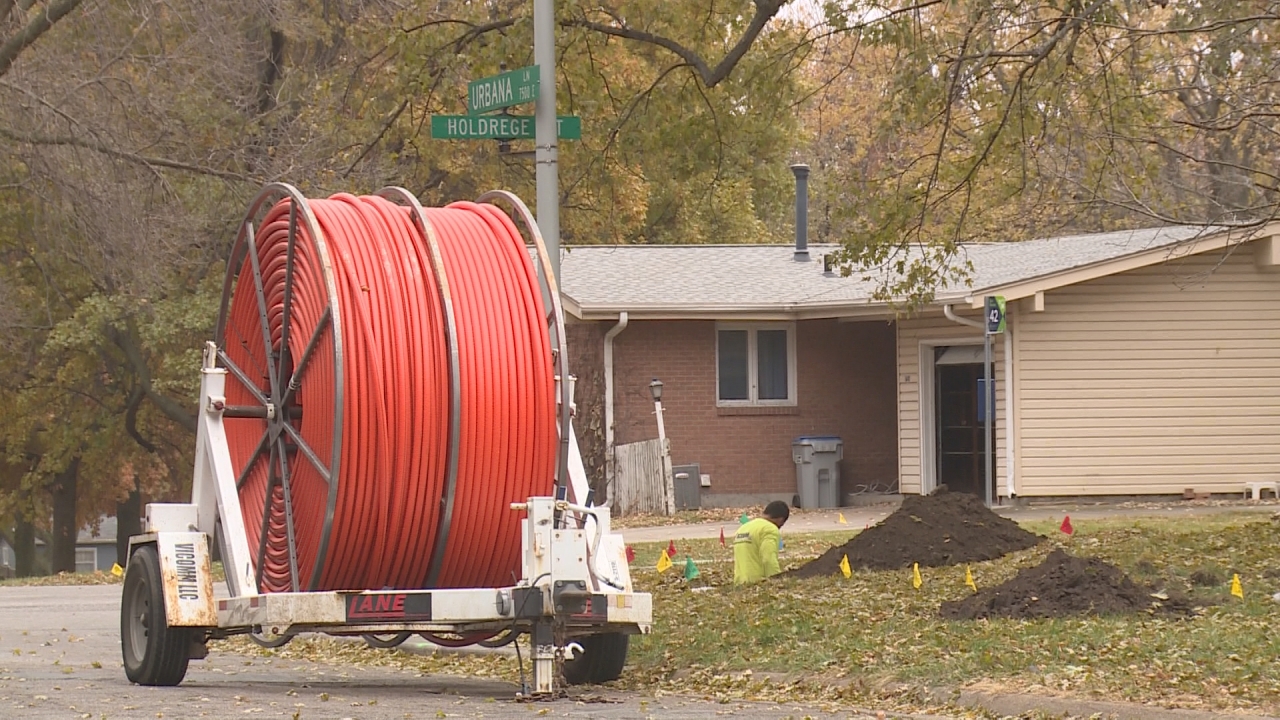 Special Report: The Cost of Digging

10/11 Investigates: Digging into the Increase in Gas Leaks

LINCOLN, Neb. -- There's a good chance in 2017, you've come across a gas leak in Lincoln. Calls for Lincoln Fire and Rescue to respond to these leaks have increased 307% since 2015.

Fire Chief Micheal Despain said, "It just ties up a lot of units for a long time and that's what's impactful, when it happens more and more often."

And it is. Since 2015, calls for LFR to respond to a gas leak have only gone up.

Chief Despain said, "We don't look at who hit it, why they hit it. We just come out because there's a hit and we try to mitigate that emergency or stop the leak and protect property."

If a construction crew does hit an underground gas line, it can take hours to fix. That's because there can be more than a dozen people who need to respond, and that also means waiting for the right crews to arrive.

Black Hills Energy Damage Prevention Manager Nathan Stewart said, "A lot of people think there's a valve at every house go like the water department and turn it off, but doesn't work that way."

"They have to locate where it is, that's best to shut it off, they can't just dig blindly or you're doing the exact same thing and this time it could be, electrical, fiber, water, sewer. So it takes time to figure out where they're going to dig. What's the strategy to mitigate this? Then dig the holes, which takes time. This isn't boring, this is manual labor to dig the holes. Then sometimes you have to secure it in two directions, because if you secure it from one, it will back feed from the other way, so they have to dig two holes to secure that," said Despain.

LFR Captain Greg Connolly stressed in the grand scheme of things a road closed or a building evacuated is a minor inconvenience, "Being shut down for four hours is a whole lot better than having the building blow up."

LFR isn't the only entity feeling the strain due to all the fiber digging. Black Hills Energy has had to hire additional resources to locate all the gas lines underground.

"I think anytime you have a large project going on whether it's a fiber project or even a major gas replacement project it puts a decent amount of strain on the system and the locating resources," said Stewart.

Before anyone digs, homeowner or private contractor, it's the law to call 811. This ensures all underground utilities in a specific area are notified and the ground marked with flags and paint within 48 hours.

Allo President Brad Moline said Lincoln is unusual in that most utilities are underground, "It's one of the largest underground projects in the nation."

The project will run more than 1,000 miles of fiber underground to Lincoln homes, businesses and government buildings. Moline said between 2016 and 2018, the company is responsible for 95-97% of digging happening in Lincoln.

Before crews even start boring and digging to lay the fiber, Allo goes through a permitting process with the City of Lincoln. All utilities in the area must be located and marked. The City of Lincoln, Allo and Black Hills also hold weekly meetings on the project, and have since it started in 2016.

Click here to take a look at what crews must navigate as they dig underground.

If a gas line is hit investigations happen by multiple entities.

"We will take pictures..What you're looking at is the paint that was put on the ground," said City of Lincoln Fiber Infrastructure Right of Way Manager David Young. "It can be complicated to figure out who's at fault, there can be upwards of six parties involved from general contractors to sub contractors to engineers and locating companies."

A portion of the Lincoln Municipal Code allows the fire department to recoup costs for hazardous material releases, which includes natural gases.

The city attorney's office is responsible for collecting money through the cost recovery program. City Attorney Jeff Kirkpatrick said $2,000-$3,000 is frequently what his office sees, however, every incident is different and the costs can go up. If someone is found to be at fault, Kirkpatrick said the collection process can take longer than 90 days.

Data from the city going back to June of 2016, shows 26 people, the city, companies or public utilities were billed under the cost recovery program--some were billed multiple times.

Money collected through the cost recovery program goes into the general fund budget. Chief Despain said the fire department doesn't get it directly, however, when the next budget comes up that source of revenue will be factored in. Despain added that can add up to as much as $300,000. Things that are factored into billing are did equipment get damaged, how long was LFR at the scene, were disposable items used?

"When they fail with that then that's not the responsibility of the taxpayer to provide that, your taxes pay for fire protection, not hazardous materials protection," said Despain.

As for Black Hills the damage prevention manager at times, approaches it as a teaching moment.

"There are plenty examples where, we felt that an excavator could have done something better, I don't think it's fault, we could all get better at our jobs. We want to go out and have a discussion on what that would have looked like. We've had plenty of cases, where in lieu of any cost recovery we would go and do some training with their crew and see what we can all do to help each other out," said Stewart.

Even with the strain of increase gas line locates through 811 for Black Hills and the spike in calls for LFR to respond to, Chief Despain said he knows there's an overall benefit for Lincoln.

"We do recognize for the business community, this is a sign of economic vitality and that's great issue for Lincoln and the community. However, we think that this very specific type of gas leak is not because construction is up, it's mainly because of the fiber optic infrastructure they're putting in. Once the fiber is done, we fully expect a lot of these gas leaks to diminish and then when we have a good economic boom, it doesn't necessarily mean they come with gas leaks every time."

The Economics of Education: Planning to Invest

The Economics of Education: Planning to Invest