HEARTLAND FLOODING: V.P. says it's time to 'put politics aside' in getting flood relief to the heartland 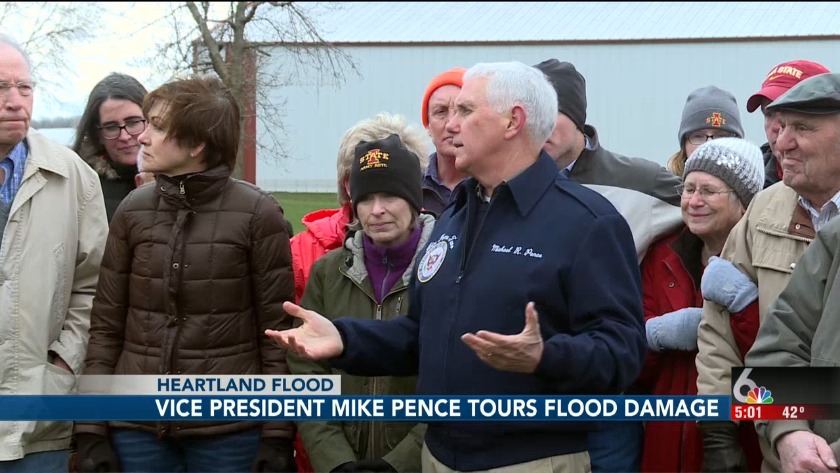 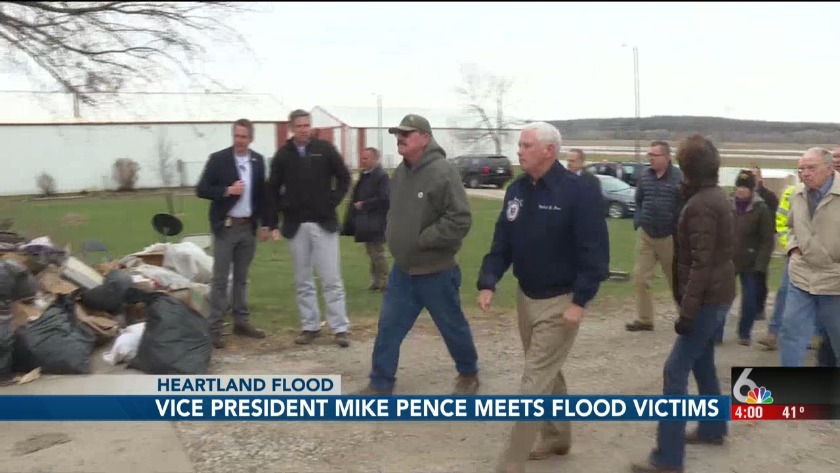 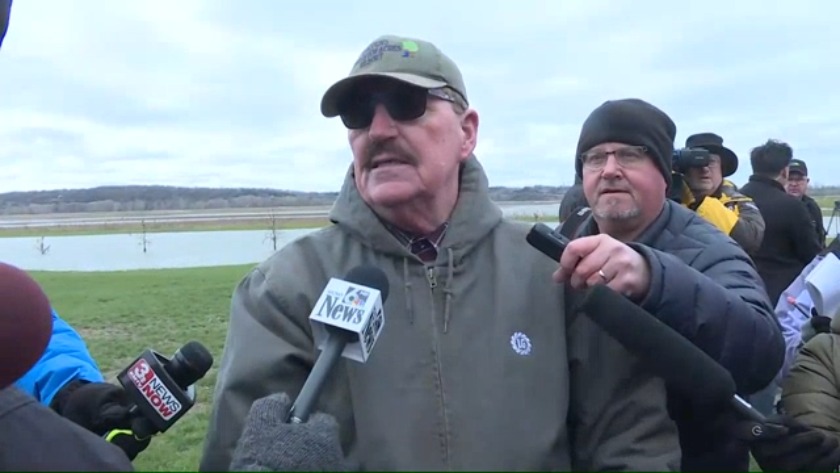 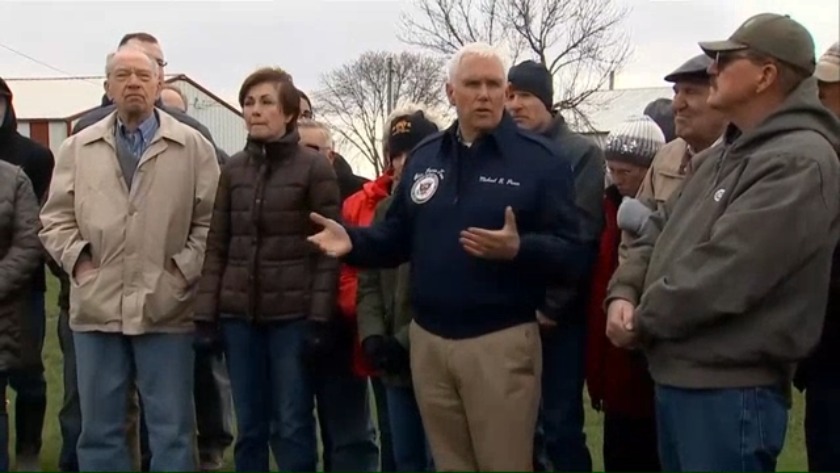 "It's time to put politics aside" 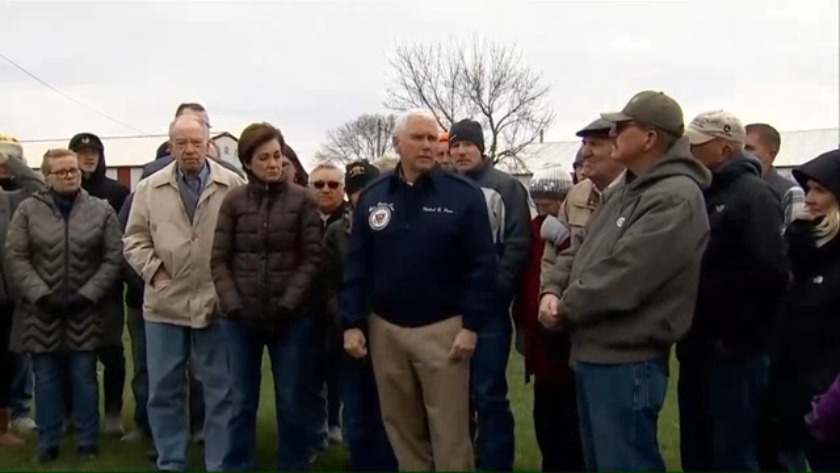 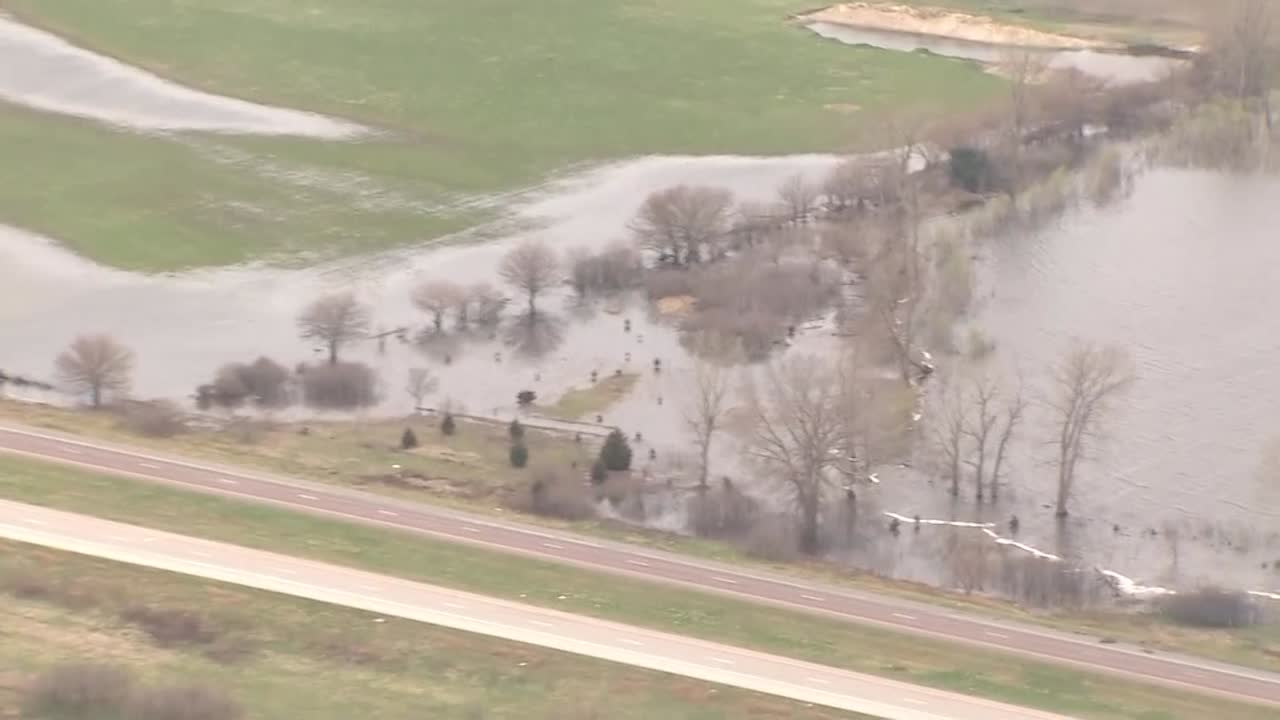 VP gets aerial tour of flooding 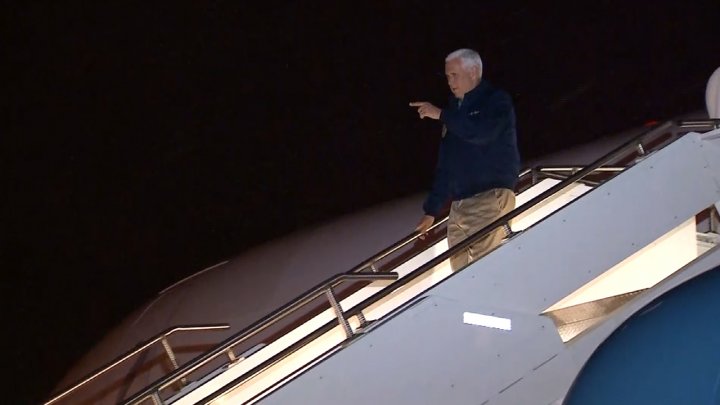 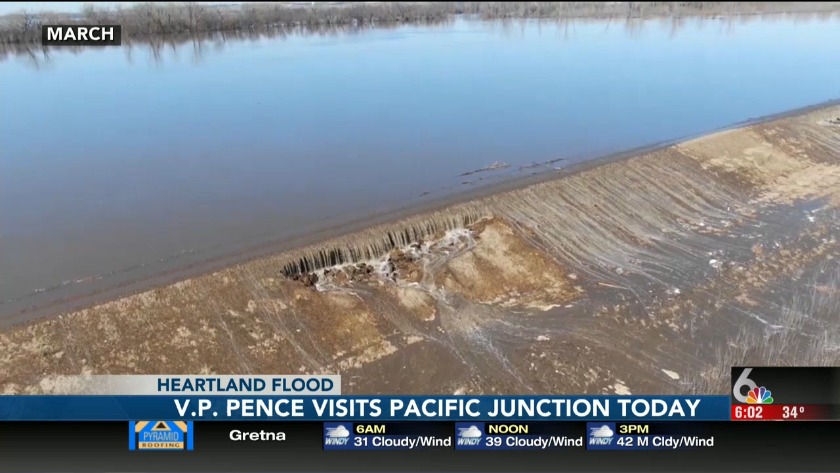 BELLEVUE, Neb. (WOWT) -- Vice President Mike Pence said it's time to "put politics aside" and get relief dollars flowing in the wake of the flood waters. Pence made the comments on a visit to Pacific Junction Friday morning.

The Vice President arrived in the metro late Thursday night.

Nebraska Governor Pete Ricketts was among those on hand for the Vice President’s arrival.

This stop included a visit to Lincoln’s Ridgeview Farms in Pacific Junction.

He told those on hand that the federal government is behind the recovery to rebuild Iowa, "bigger and better than ever before."

He said it's remarkable to think that a month has gone by when you see how much water is still here.

Pence said it's frustrating that relief dollars are caught up in political debate. He said it's time "to set politics aside" and get the money approved in congress.

Sen. Chuck Grassley, Sen. Joni Ernst and Gov. Kim Reynolds joined Pence on the tour. All were aboard the helicopter for a look at southwest Iowa awash.

Reynolds echoed the concern that money needs to be freed-up. She said, "It's crucial and critical that we get this done in a timely manner."

Dennis Lincoln's family has been on their farm for 110 years. That farm served as the backdrop to the Vice President's stop.

Lincoln said, "It's important that they understand in Washington what our plight is out here." He said aside from the damage that's already been done, "Our year is very doubtful."

Lincoln said "We have no protection from the river," and the problems reach well beyond his property.

Joined @KimReynoldsIA, @SenJoniErnst & @ChuckGrassley for an aerial tour of the severe flooding that has caused $1.6 billion in damage across Iowa pic.twitter.com/Bx3weo6j4C

Read the original version of this article at wowt.com.

V.P. gets aerial tour of flooding