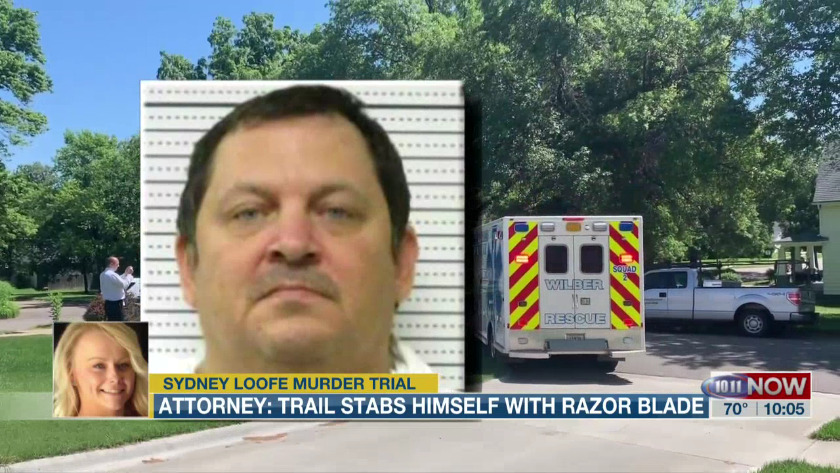 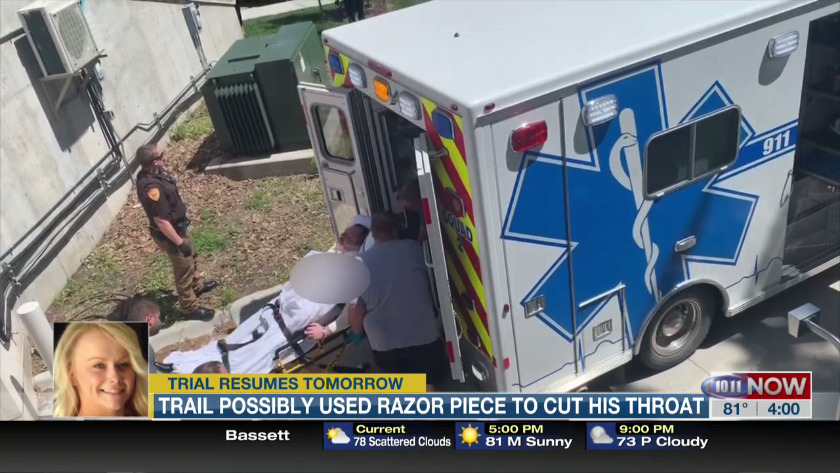 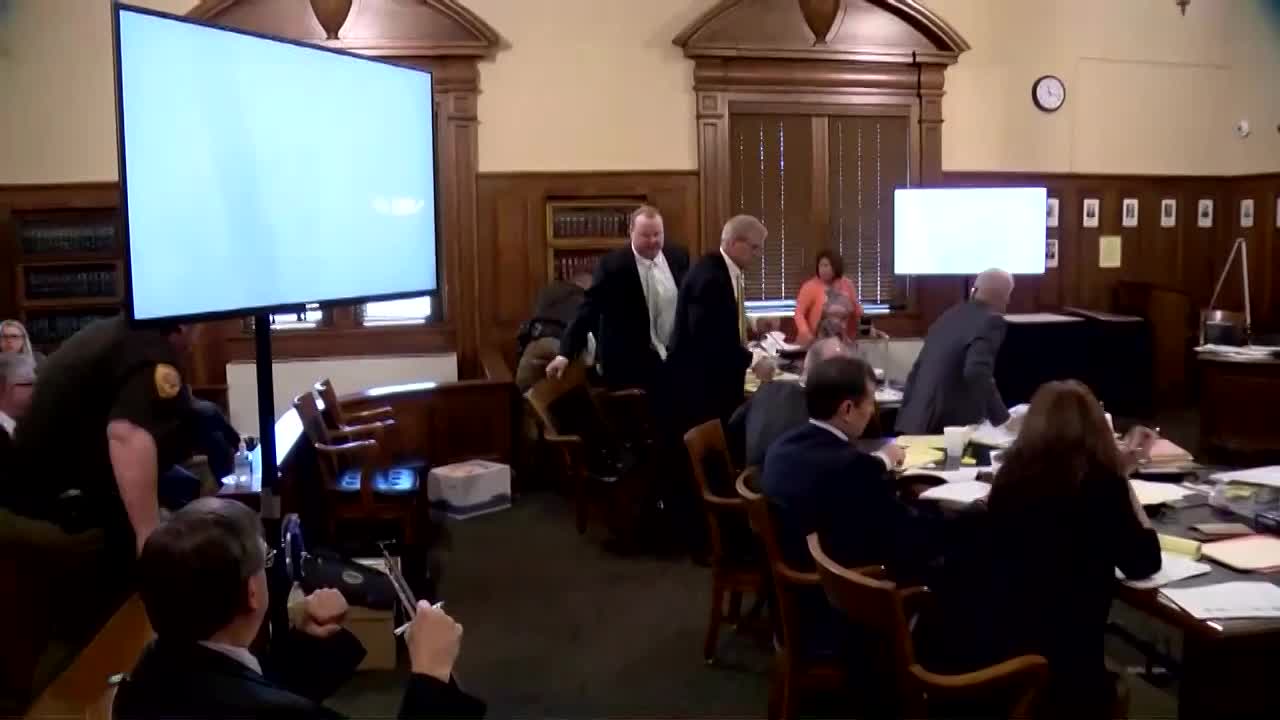 Gruesome scene as Aubrey Trail cuts his throat in court 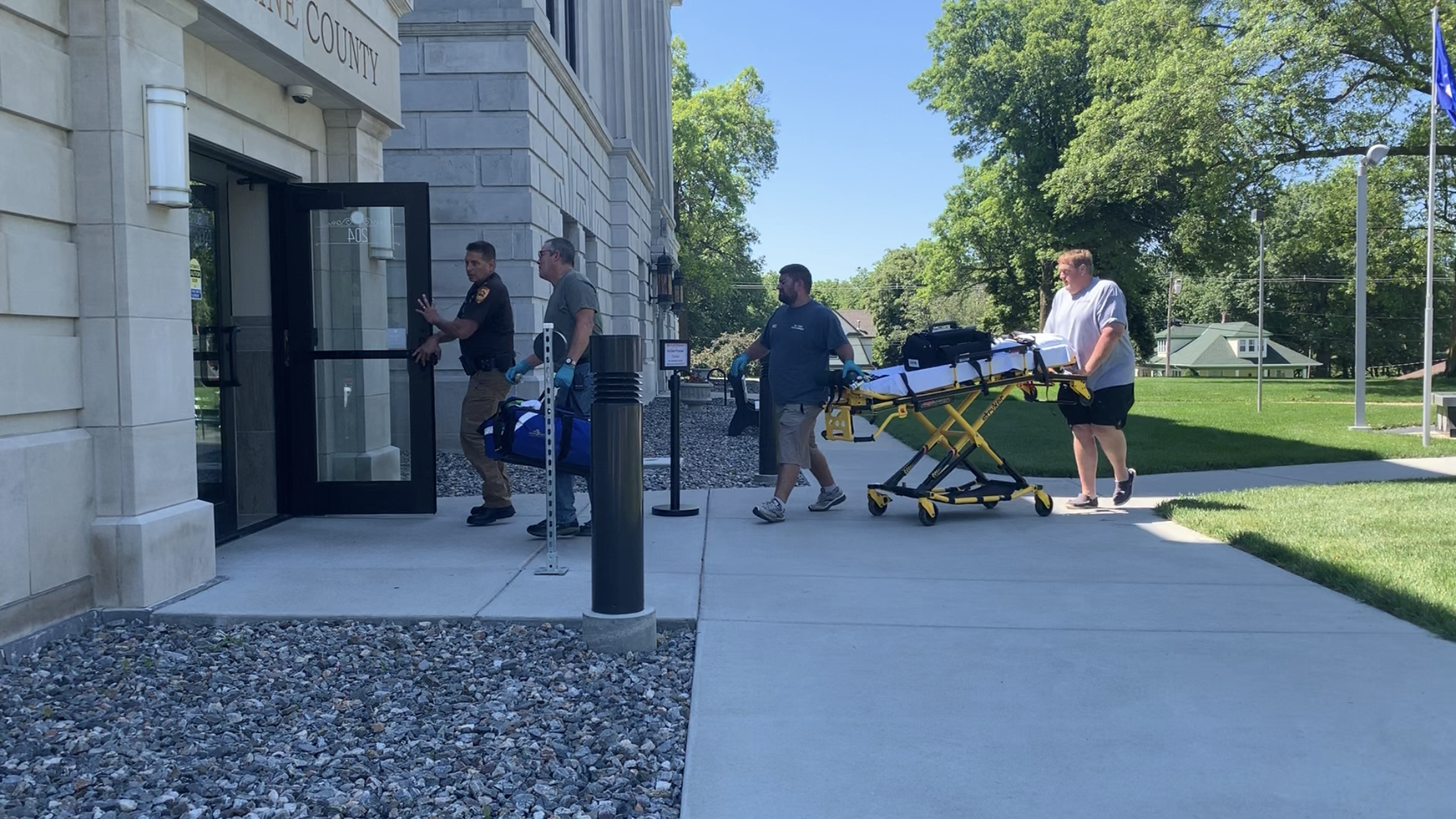 Stretcher brought to courtroom after outburst

SALINE COUNTY – The attorneys for Aubrey Trail said he possibly used a piece of a razor blade to cut his throat on Monday morning and is in the process of being released from the hospital.

Aubrey Trail is loaded into an ambulance after cutting his throat in court. (Source: KOLN)

While standing trial for first-degree murder on Monday morning, Trail shouted “Bailey is innocent and I curse you all," before cutting his own throat.

Bailey Boswell is Trail's co-defendant in the case.

The judge immediately made the media turn off recording devices, and everyone was dismissed.

Trail's attorneys said the outburst was "unexpected" and that his injuries weren't serious but did require several stitches.

They were unsure what hospital he was taken to, but said he is in the process of being released.

According to Judge Vicky Johnson, Trail will have to be in handcuffs for the rest of the murder trial, which is expected to resume on Tuesday morning.

She also asked the jury to disregard the outburst and not consider it in deliberations.

"It's asking a lot of you, but disregard anything you hear or see," Johnson said. "Don't listen to or engage with anybody talking about the case."

Trail is accused of killing 24-year-old Sydney Loofe and is facing charges of murder in the first degree and criminal conspiracy to commit first-degree murder.

The remains of Loofe were found in garbage bags in rural Clay County in December 2017. Loofe had been missing for 19 days. Loofe, who lived in Lincoln, had gone missing after going on a Tinder date in Wilber with Bailey Boswell. Trail told a 10/11 NOW reporter in February 2018 that he killed Loofe. Trail and Boswell were charged with murder in June 2018. Boswell’s trial is scheduled to begin in October.