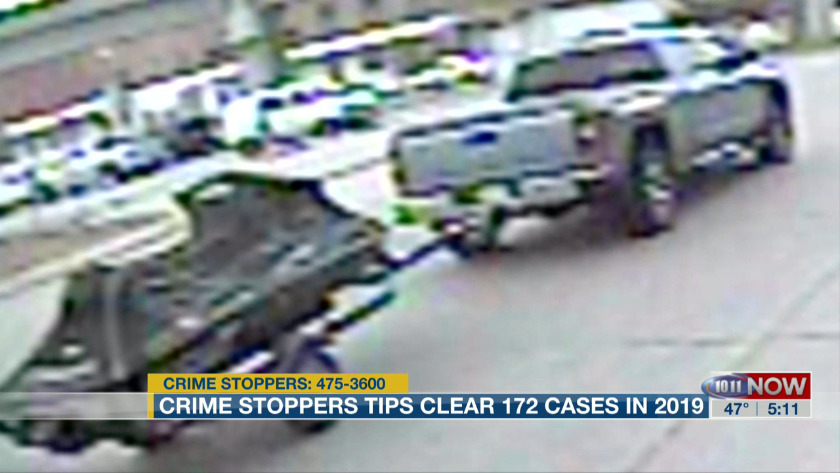 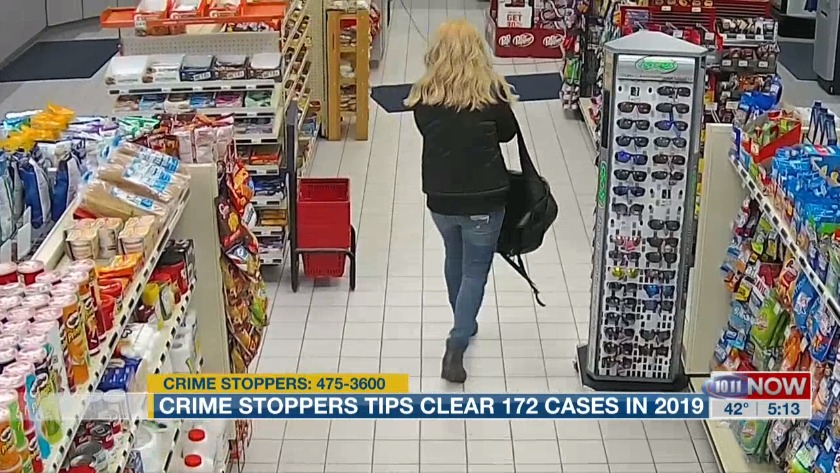 10/11 NOW’s Shelby Fenster sat down with Forensic Video Technician Jared Minary to get an update on some of the biggest Crime Stoppers cases in 2019.

In October, Crime Stoppers released a video of an assault at a Husker football watch party near 14th and Superior.

During the assault on September 29, a group of strangers assaulted a young woman.

All three suspects were arrested for third degree assault.

Police are still looking for a third suspect in the case. Nyakor Gatluak John, 18, is believed to be in the Omaha area and has a warrant for her arrest.

Police are still looking for two suspects wanted in connection to another similar assault at 5311 Walker. If you recognize either of the two suspects, call Crime Stoppers at 402-475-3600.

Boy on bicycle hit by pickup in hit-and-run crash

In June, a boy on his bicycle was hit by a pickup truck at 56th and Highway 2.

Police are still looking for the driver of the truck.

Police said the truck had a Kansas plate and believe the driver is not local because none of the Crime Stoppers tips led to a solid suspect.

"The good thing is, we had a citizen that saw this on Crime Stoppers, and volunteered to buy the young man a new bicycle. Love that positive aspect of this story. Love to see more of that in 2020,” said Jared Minary.

In August, Crime Stoppers released surveillance video of a man and woman wanted in a shoplifting.

The bold shoplifting happened at the Walmart at 84th and Highway 2 on Sunday, July 28.

The two suspects were identified within hours of the story airing on 10/11. Police have warrants for James Overman and Ann Sulsberger, both of Sloan, Iowa. Police said the suspects have a history of similar incidents in Council Bluffs and Omaha.

In November, Crime Stoppers released surveillance video of a suspect inside the Super C at 27th and Ticonderoga.

"We've seen on all the social media that there's a lot of people who think this might be a male that is wearing a wig. We do believe that's a possibility. We're obviously looking into any possible incidents we can with this case,” said Minary.

Minary said Crime Stoppers received several good tips on the case, but none have led to a suspect. After the story aired on 10/11, Lincoln Police were contacted by Grand Island Police who had a similar case one week prior.

Minary said the good news is the crime spree ended immediately after the story aired.

Crime Stoppers tips helped identify a man who was captured on surveillance video breaking into a Lincoln preschool in 2018.

Investigators contacted Dunlap on the phone. Dunlap reported he had since moved to Atlanta Georgia and would contact LPD to receive his citation when he returns to Lincoln.

In August, Crime Stoppers released excellent surveillance video from inside the Scheels at SouthPointe Pavilions.

In the video, police said a man forced a young boy to steal from the store.

Crime Stoppers received many tips naming the suspect. The suspect also called police to report he saw himself on Crime Stoppers and had a valid receipt to show investigators.

An officer has attempted to meet up with the suspect multiple times but had been unsuccessful. The case remains unsolved.

A doorbell camera captured a woman walking up to a family’s porch on June 25 and stealing a package. The package contained supplies for a young boy’s upcoming birthday party.

After the story aired, Crime Stoppers received several tips about the suspect.

Police said Julie Rodgers admitted to stealing the package and was cited.

"We've had a lot of doorbell cameras, surveillance video, that has made a major impact on just some of the smaller crimes that are happening in people's residences. And even some of the really large crimes. This is just a small example, but we've had homicides that have been cleared because of surveillance video,” said Minary.

Police believe teens are behind burglaries, arson at Waverly park

The Lancaster County Sheriff’s Office was investigating several burglaries and an arson at a popular Waverly park when they exhausted all leads.

The Sheriff’s Office and Crime Stoppers released video from the park and asked for the public’s help.

After the story aired, several tips identified four juvenile males and two juvenile females. The suspects were referred to the County Attorney for burglary and arson charges.

On August 2, police said a man was hit by a pickup truck at 13th and M Streets around 10:20 a.m. The pickup continued driving after hitting the man.

A second vehicle believed to be involved is a white Ford Explorer, also towing a jet ski.

Crime Stoppers received a large number of tips about the two vehicles, but investigators exhausted all leads.

Police said the case has been marked inactive, as there isn’t enough information to make an arrest.

In June, Crime Stoppers released dash camera video and several surveillance videos of two suspects wanted in a crime spree that took place on May 19.

Police said the spree started with an armed car-jacking at Bethany Park.

Investigators believe the suspects the committed several shoplifts before also committing a hit-and-run at LionsGate Apartments.

The suspects then took police on short pursuit.

Minary said the two juveniles were already in custody for a different incident.

Crime Stoppers: Man steals $13,000 worth of phones from three stores in one hour

Crime Stoppers: Man steals $13,000 worth of phones from three stores in one hour