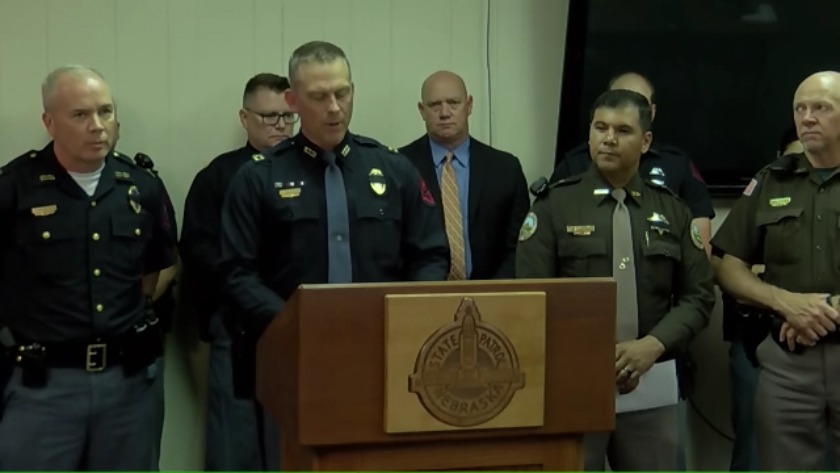 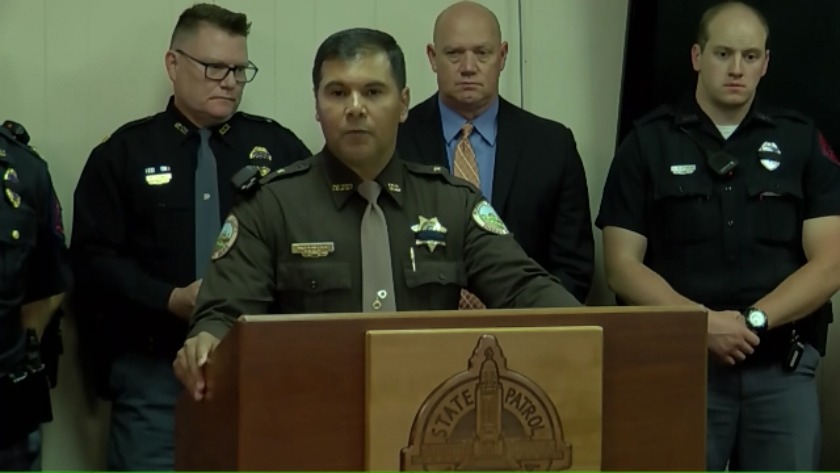 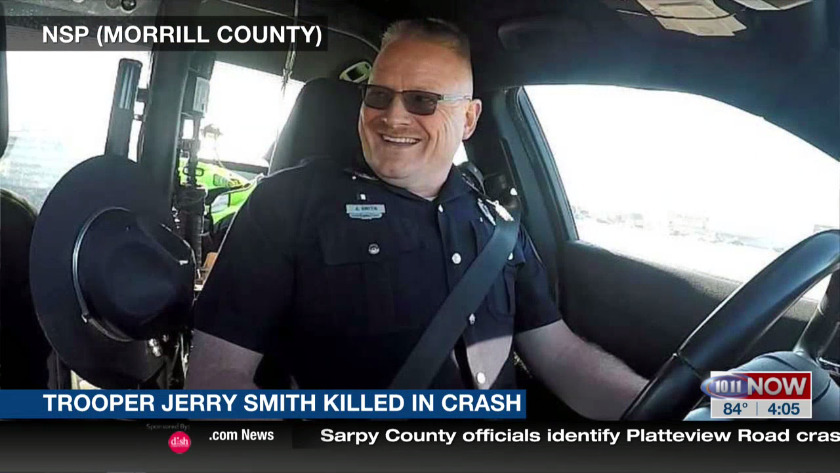 MORRILL COUNTY – The Morrill County Sheriff Office is saying a Nebraska State Patrol Trooper and a Lewellen man died near the Oregon Trail Memorial Cemetery on Thursday. Trooper Jerry Smith and Derek Lacrete died at the scene near Bridgeport.

The accident happened about 7:36 a.m. MT. Officials say they received several 911 calls about a three-vehicle crash west of Bridgeport on Highway 26, near mile marker 59.

The crash occurred when a 2002 Dodge Ram, driven by MaryJo Decora, 60, of Bridgeport, was stopped on the highway waiting to make a left turn into the Oregon Trail Memorial Cemetery. Decora’s vehicle was struck from behind by a 2005 Mazda Tribute, driven by Derek Lacrete, 28, of Lewellen. Lacrete’s vehicle hit the back, driver’s side of Decora’s vehicle, causing Lacrete’s vehicle to veer into the oncoming lane, colliding head-on with a Nebraska State Patrol 2016 Dodge Charger.

Trooper Jerry Smith, 51, of Scottsbluff was driving the patrol car. Trooper Smith was pronounced deceased on the scene. Lacrete was ejected from his vehicle during the crash. Lacrete also died on the scene.

Trooper Smith, 51, of Scottsbluff, joined the Nebraska State Patrol in 2014, graduating with the 56th Basic Recruit Class on May 1, 2015. Graduating at the age of 47, he is believed to be the oldest recruit to ever complete NSP’s Basic Recruit Camp. He was stationed in Scottsbluff as part of Troop E for his entire NSP career.

Prior to joining NSP, Trooper Smith led a decorated career in the United States Army, serving our country from 1986 to 2011. Trooper Smith earned numerous honors during his military career, including a bronze star for his service in two tours of combat in Operation Iraqi Freedom.

“Trooper Smith was doing what he did every day, diligently patrolling Nebraska’s roadways,” said Colonel Bolduc. “This is a sad reminder of the dangers our law enforcement professionals face daily. Our prayers are with Trooper Smith’s family.”

Trooper Smith is survived by his wife and two adult children. All of NSP mourns the loss of Trooper Smith and asks that the public respect the privacy of his family during this difficult time.

Man killed after collision with city snow-clearing machine in Beatrice

Woman dies in Omaha crash near 144th and Fort

Man killed after collision with city snow-clearing machine in Beatrice

Woman dies in Omaha crash near 144th and Fort