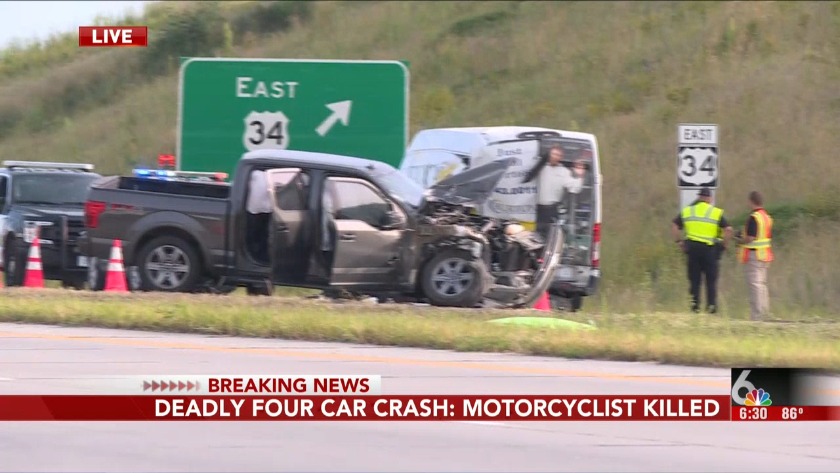 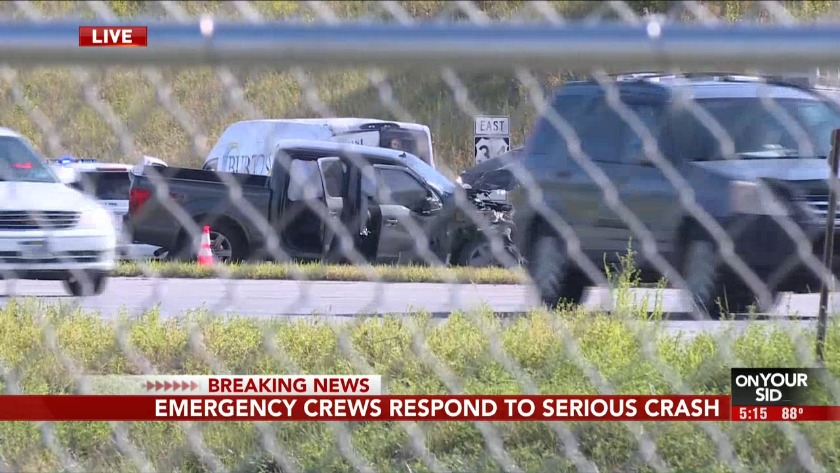 The fatal crash involving four vehicles, including a motorcycle, closed Highway 34 and southbound Highway 75 at Fairview Road just before 5 p.m., requiring all traffic to exit.

The motorcyclist died at the scene, according to investigators. The name of the rider is being withheld pending notification of the family.

Sarpy County Sheriff's deputies said a vehicle they believed was involved in the crash left the scene, causing the crash to be reported initially as a hit-and-run, but that the driver came back.

Ambulances were at the scene, with at least one seen driving away. Authorities said two children were transported to Nebraska Medicine as a precaution.

Bellevue Police were also at the scene, as well as a crash reconstructionist. Authorities reopened the road around 9:00 p.m. Tuesday.

This stretch of road has seen serious accidents before, just three weeks ago, two men died on Highway 34 near La Platte.

—
Correction: A previous version of this story contained an incorrect number of vehicles involved in the crash. 6 News regrets the error.

All traffic being diverted to Fairview Road due to accident at Hwy 34/75 pic.twitter.com/tvrDTVfTTO