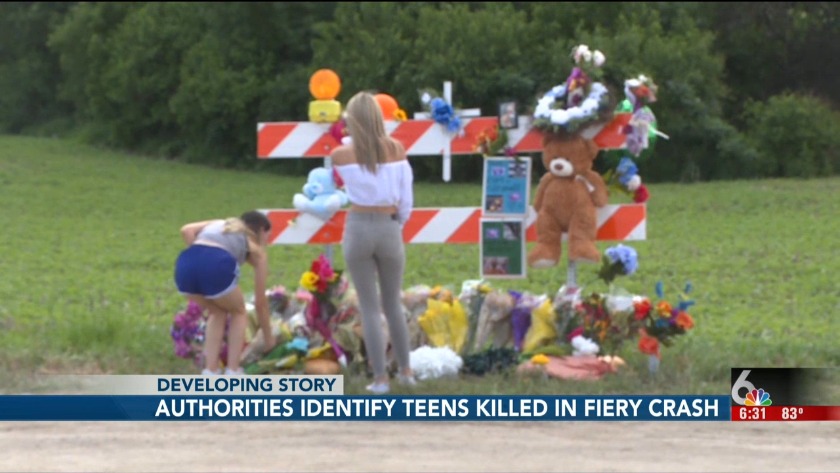 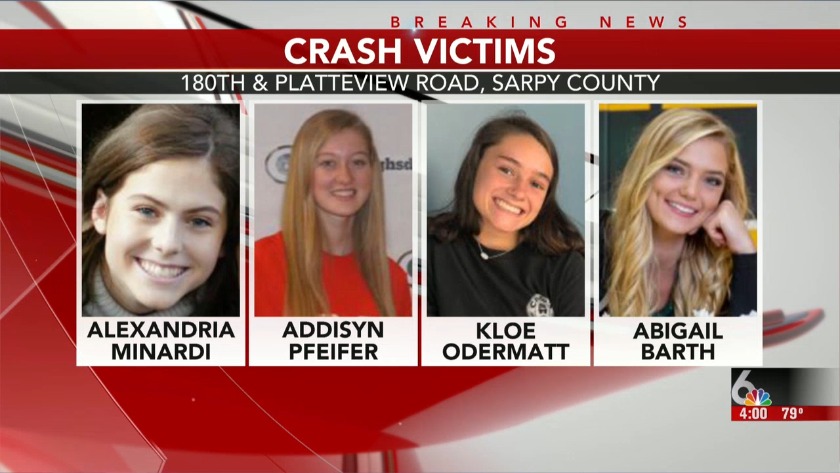 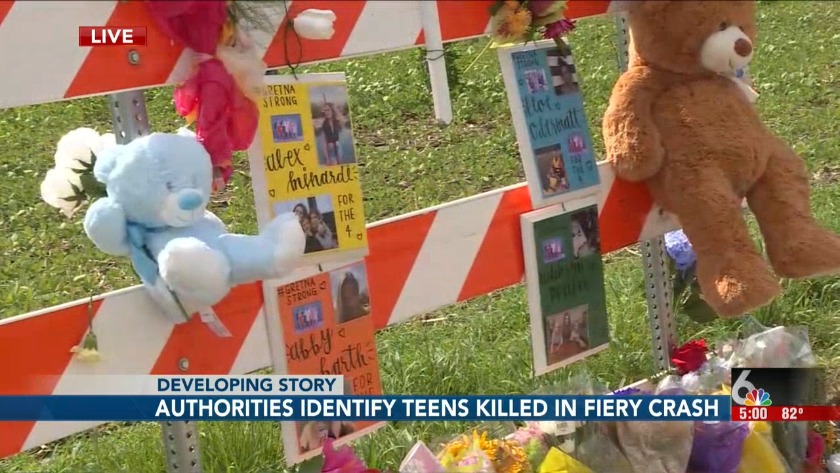 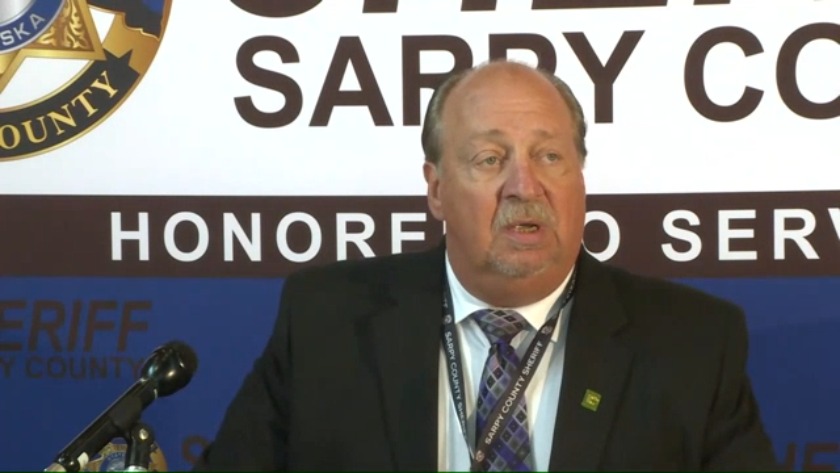 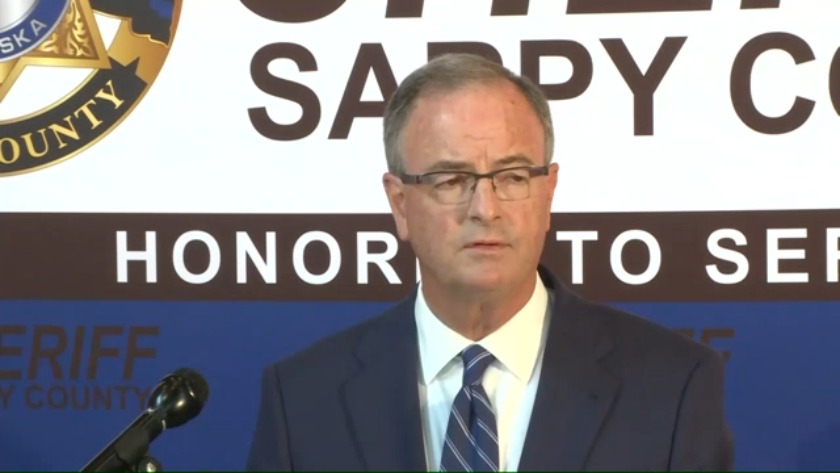 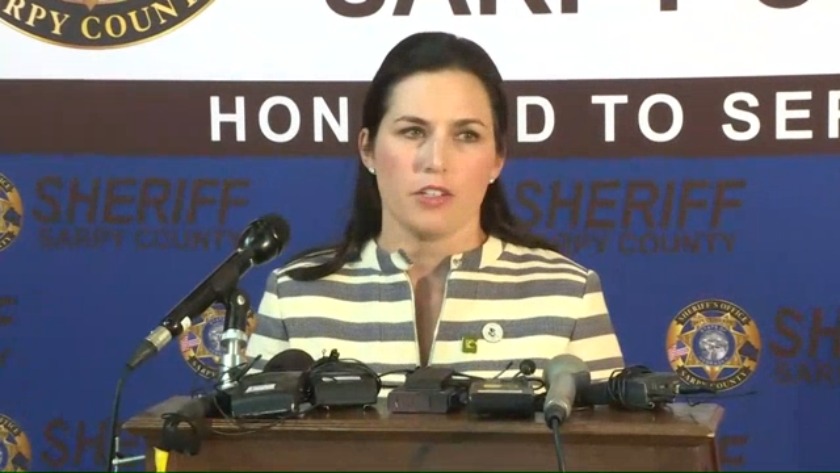 GRETNA, Neb. (WOWT) -- Authorities on Thursday identified the victims of the Platteview Road crash that left four teenage girls dead and another hospitalized earlier this week.

Abigail Barth, 16, Alexandria Minardi, 15, Kloe Odermatt, 16, and Addisyn Pfeifer, 16, died at the scene after their vehicle hit a guardrail and caught fire, authorities said. All of them attended Gretna High School.

Roan Brandon, 15, was transported to St. Elizabeth’s in Lincoln with burns after the crash, officials said. She is also a GHS student.

The preliminary investigation revealed that the driver, Abigail, lost control and crashed into a guardrail. The car then caught fire.

Authorities are still investigating but believe that speed was a factor in the crash, he said, but they're still trying to determine where the teens were coming from and where they were headed.

"We certainly owe it to the families to get to the bottom of what happened, and we're going to do that," Davis said, "Not only for their sake, but also to see if there's anything we can do to make sure something like this doesn't happen again."

Davis said 25-30 people — first responders, tow truck drivers, and personnel from the Sheriff's Office — spent "hours and hours" at the scene and are "turning over every stone" to try to figure out what happened: looking at the vehicle, the roadway, and even where the girls were before the crash.

"It took until late last night to identify the victims," Davis said. He said Roan "has serious injuries, but it looks like she's going to make it."

The sheriff also urged people not to visit the crash site.

"It's absolutely not safe in that particular area," he said. "There's no place to park."

The sheriff said a barricade will be set up along Platteview Road off 180th Street — a safer location closer to the accident scene — and the memorials will be moved there.

"Our collective heart in our community is shattered. We ache for the families on the behalf of the Gretna Public Schools," Riley said. "I want to extend our deepest sympathies to those families. These are good girls. They're smart girls. They are the closest of friends. They come from good families, the families that monitor their behavior closely.

"If you have ever had a 15- or 16-year-old daughter, you know you can't lock them in their room," Riley said. "You know you can't protect them from everything. And sometimes when kids get together accidents happen. Mistakes are made.

"We're in a nightmare we can't wake up from," he said. "It will take us a while to smile or laugh again, but we will. We're at the beginning of a horrible experience. The road will twist and turn, but by the grace of God and love and support of friends and family we will heal."

Many on social media have been posting condolences to the school and the community in the days since the crash. This morning, the G1 Volleyball Club posted the following update to its Facebook page: