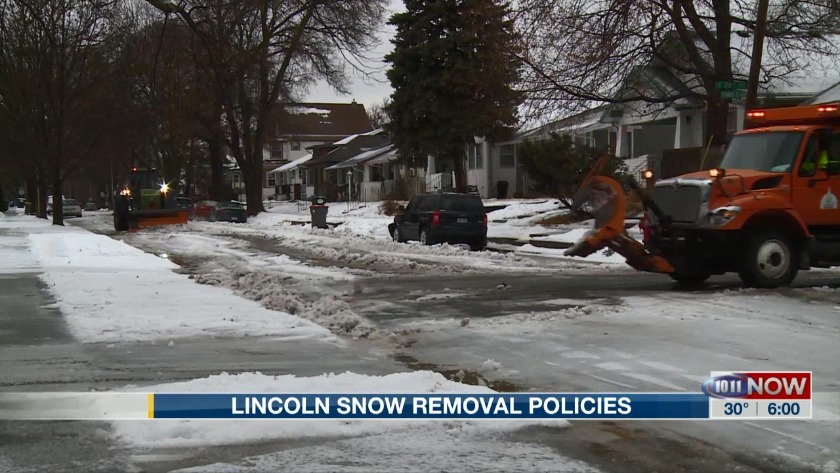 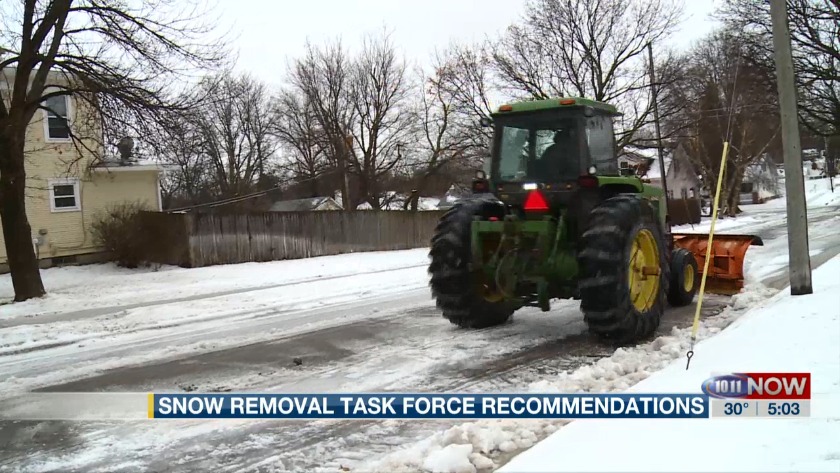 Reviewing the recommendations give by the snow removal task force

LINCOLN, Neb. (KOLN) - This winter marks the first after Lincoln City Council voted unanimously to create a snow removal task force made up of 17 people, both city officials, and citizens.

The recommendations of the task force weren't previously made public, but 10/11 NOW obtained a copy Thursday.

The task force's main recommendation is to do away with the four-inch threshold for plowing residential streets. They suggested the city decide based on multiple data points like the moisture content of the snow, pavement and air temperatures and weather forecasts.

Tom Casady, the interim director for Lincoln Transportation and Utilities, said the city is in the process of implementing this, but it requires pavement sensors.

The city only has six, but Tim Byrne with LTU said the city will be adding four more to the group, including some that cover bridges.

The report said the city would need 150 sensors ideally, but it's not in the budget
.
"For the time being, until we have a network of sensors, we will be using weather forecasts and snow accumulation as criteria we consider when deciding to initiate residential plowing, rather than a strict 4” threshold," Casady said. "But to reemphasize: arterials, snow emergency routes, bus routes, and school routes will continue to be the top priority. Only when those have been taken care of would we consider residential plowing."

This is just one of many recommendations made by the task force.

Part of their discussion involved comparing Lincoln's snow removal policies to cities of a similar size.

10/11 NOW examined the four cities closed to Lincoln, based on population and lane miles.

Lincoln has 59 plow trucks, 23 have salt and brine capabilities but only about 18 of those 23 work at any given time. Lincoln de-ices and plows major arterial streets, school and bus routes during every winter storm.
Until this year the snow removal policy has been to only plow residential streets when there are more than four inches of snow but is in the process of changing to the new policy recommended by the task force.

Their goal is to have every road in the city cleared 24 hours after the last snowflake falls. They have 100 plows, 42 can spread sand and salt, 14 can spread brine.

Spokane, Washington has a population of 210,000 people, 2,200 lane miles and gets 45 inches of snow on average. In 2019 their budget shows they spent $3.2 million on snow removal. They plow residential streets almost always, even when there are only one or two inches of snow.

If there are more than four inches of snow they'll plow around the clock.
They limit parking to the odd side of the street during the entire snow season.

Madison, Wisconsin has a population of 258,000 people, 1,743 lane miles and gets an average of 51 inches of snow each year.
They have a budget of $6 million. They plow residential streets when there are more than three inches of snow.

They set a goal to clear every street within 48 hours after the storm.
They have 90 city and 90 contractors who help get the job done.

Cincinnati, Ohio has a population of 302,000, 1300 lane miles and gets an average of 22 inches of snow. 10/11 NOW couldn't find a budget for snow removal and officials haven't returned calls at this time. Their policy is the closest to Lincoln's.

They prioritize plowing main streets and plow residential if needed.
It's all based on certain data points, like weather conditions and amount and type of precipitation. They have 96 available units for plowing and spreading materials.

The snow removal task force used information like this to create the first recommendation and many others.

Their top recommendations are to only plow areas deemed necessary based on the conditions of the road and weather, limit parking bans to only one side of residential streets, increase fines associated with snow parking ban tickets, increase the city's salt storage capacity by 150% of annual usage and expand the network of residential collector streets which would funnel traffic to arterial streets and clear those early on in residential plowing.

Casady said they hope to implement many of these changes in time for next winter. Like changes in the parking fines, the designation of “feeder” streets for early attention along with school routes, and changes to how parking bans are handled.

"We might even do that one this year if we get a snowfall that needs a parking ban," Casady said.

Casady said others require significant funding and will take at least one budget cycle and a funding source. Those are increasing material storage capacity, more material spreaders and more pavement temperature sensors. The department has started the budget proposal for the 2020-2022 budget.

"Some of these are quite expensive, so it may be a lengthy process due to the City’s obligation to balance its expenditures with its revenues," Casady said.

Nebraska lawmakers pick priorities as time starts to run out

Nebraska lawmakers pick priorities as time starts to run out