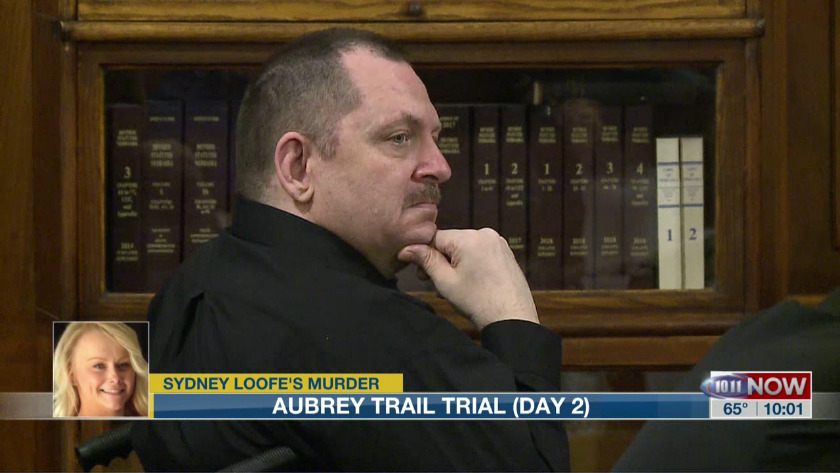 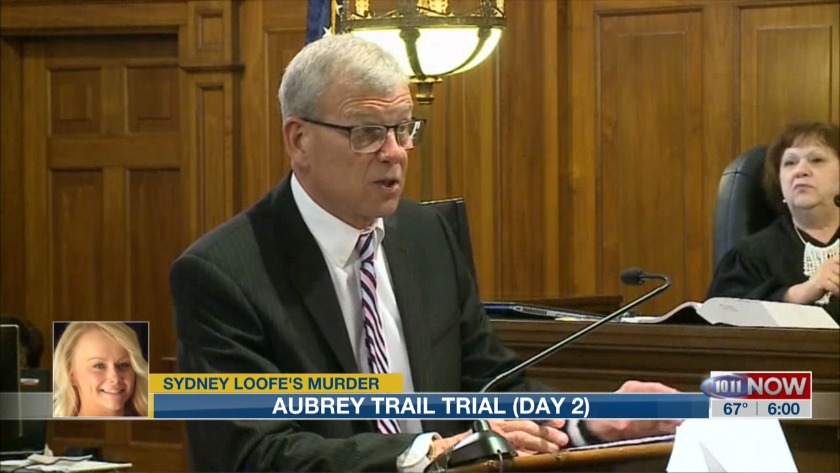 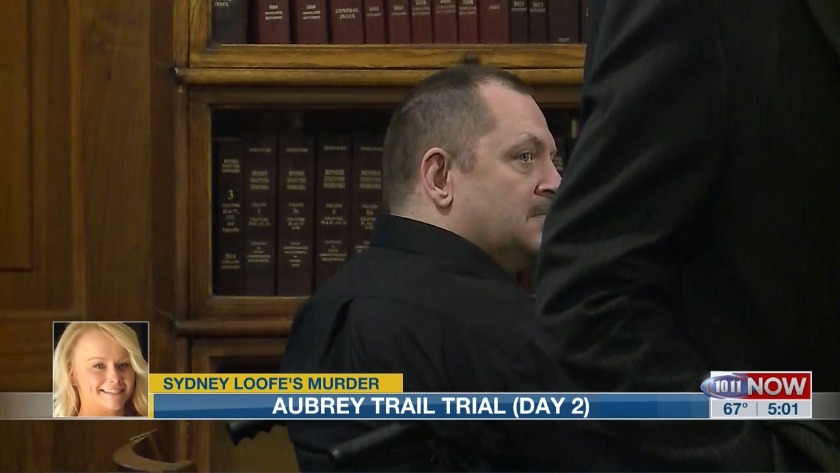 WILBER, Neb. (KOLN) - A bloody tarp, letters sent from a jail cell, and a plea for the jury to stay focused on the truth. All of these talking points presented by both the defense and prosecution as opening arguments were heard in the murder trial of Aubrey Trail on Tuesday.

Jury selection for the trial concluded earlier than anticipated, and opening statements began around 2 p.m.

Trail is accused of killing 24-year-old Sydney Loofe and is facing charges of murder in the first degree and criminal conspiracy to commit first-degree murder.

Bailey Boswell is also facing first-degree murder charges and will go to trial in October.

"This was more than just a first-degree murder. This was a planned seduction to kill somebody," the prosecution said Tuesday. "That somebody is Sydney Loofe and the people planning the seduction are Bailey Boswell and Aubrey Trail."

“Aubrey Trail is not a nice man, but I submit to you that with respect to the charges of first degree murder and conspiracy to murder, he has told the truth throughout," the defense said.

Trail and Boswell ran an antique business, they were described as being engaged or in some kind of relationship.

Loofe was 24-years-old, and lived in Lincoln but grew up in Neligh with her family. She worked at Menards in Norfolk and then transferred to a store in Lincoln. She was involved in online-dating sites, one of which was Tinder.

Loofe was introduced to someone named Audrey on Nov. 11, 2017. Audrey was in fact, Bailey Boswell.

Loofe and Boswell met on Nov. 14, where the two drove around and smoked marijuana. They made plans to meet the following evening. Bailey picked up Loofe after she got off work. Loofe was not heard from again.

Soon after, Loofe’s friends and family became suspicious of her absence. Loofe’s car was at her apartment and she wasn’t answering any calls. Loofe’s mother filed a police report. One of Loofe’s friends had a picture of Boswell, as Loofe had sent the picture to her friend prior to the date.

Police searched Loofe’s apartment. They did not find any evidence. Loofe’s parents met with officials and provided photos of Bailey Boswell to officers.

Officers eventually found out “Audrey” was, in fact, Boswell, and located Boswell’s address. At the same time, they found out that she lived with Aubrey Trail.

When investigators went to the apartment, they could not find Loofe. However there was a very strong smell of bleach coming from the apartment. Officers stated they could still smell it.

The apartment was searched four times. No blood or DNA was found in the apartment.

According to officials, tips started coming in on the police tip line. Boswell and Trail were eventually caught in Branson, Missouri on Nov. 30. In initial interviews, Trail denied knowing Loofe’s whereabouts.

The prosecution detailed how police examined Trail, Boswell, and Loofe’s phone history over the case. Loofe’s phone never pinged again after Wednesday night. Police found Trail and Boswell’s phones tracked in Clay County, which is an area neither had been to before. Police brought in various enforcement agencies to look for Loofe's body in the area.

Police found a bloodied tarp on Dec. 4. More remains were found in following days. Officials knew that the body belonged to Loofe because of her tattoos. They also found a trash bag full of random items; latex gloves, cut up trash bags, etc. They also found Loofe’s driver’s license, car keys and cellphone.

At this point, Loofe’s father left the courtroom with another friend or family member.

The prosecution says Loofe had restraint marks on her wrists and bruises on her back. The cause of death was homicidal with means consistent with strangulation. After initial autopsy the body was examined by another expert, who found out that the body was dismembered into 14 pieces with a fine tooth saw. Some body parts were still missing.

Bailey and Aubrey went to Home Depot Wednesday morning after Bailey and Sydney’s first date, they bought a hack saw, knife and more. The blade on the saw matched the one used to dismember Sydney’s body.

In an interview in July, Trail admitted to killing Loofe. He said it was part of a “sexual fantasy” involving two women. The confession said letters found in Saline County Jail between Trail and Boswell prove that this was a lie. Many of the letters were written in code.

Letter 1:
"Hi my love. I'm so proud of you. I have a lot to tell you. The three girls and the FBI are saying that you wanted to make a torture murder video and that is one of the reasons you were recruiting girls to use them in it because it had to be young females killing or getting killed. Those three girls told all they know baby and gave them all the text messages from their phones. Here is your story: I told you months before this that i made a snuff film once and sold it. When we moved to Wilber we were talking about making a lot of money and I brought up getting three or four girls and making fake snuff films... I told them to get them texting you a lot about killing, torture and sex,. I told you I could use text messages against them if I ever had to. I told you at the time that nobody would get seriously hurt and you believed me. Now you know it was all lies and I planned to kill someone all along and I used you to help me. You'll have to fill in the blanks baby, but this story is good."

Letter 2:
Hey baby I love you so much. I have a lot to tell you. Stick to your story but add this stuff. I went into bedroom with Syd around 11pm to talk. We were there for about an hour. I came out and told you 2 girls were on their way over and I was going to make a video of them I introduced them as Jen and Kim.You can make up the description of what they look like. You know I put the body in the trunk at first because I moved it to the backseat before I started putting it out. Everything was in plastic totes and I was telling you to stop the car. Baby they will ask a lot of questions so you have to fill in the blanks and you have to think fast."

Opening Statements: The Defense
Joseph Murray, Trail’s attorney, asked the jury to listen to the evidence, not just the statements.

“Aubrey Trail is not a nice man, but I submit to you that with respect to the charges of first degree murder and conspiracy to murder, he has told the truth throughout," Murray said.

Murray said Trail led a group of people who were often involved in consensual sexual activities. He said that Loofe was offered money for participating in the activities, but was not forced to do it. Murray said Loofe was experiencing many problems at the time, including money problems.

Murray said that after Loofe failed to regain consciousness, Trail panicked. Trail had a prior criminal record, as well as a warrant out for him. He also had cash and marijuana in the house.

Trail dismembered the body after attempting to fit it into Trail’s car trunk. While Boswell was not involved in the sexual fantasy or dismemberment, she was in the apartment. To ensure her silence, Trail made her clean the apartment and the car that transported the bags with the body in it. The apartment was cleaned with bleach.

Murray says they had no plan and that Boswell and Trail drove across Nebraska and Iowa before being arrested in Branson.

Murray said that there was no evidence that Boswell or Trail had a plan for Sydney’s death or what to do after.

At this point, the judge then grated a motion to sequester the witnesses, moving them out of the courtroom during the hearing and preventing them from discussing the case with anyone but their lawyers. The trial is expected to resume at 8 a.m. on Wednesday.