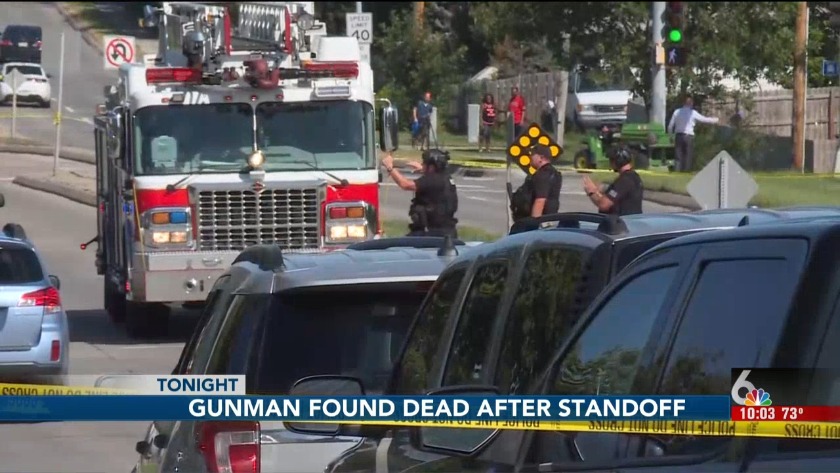 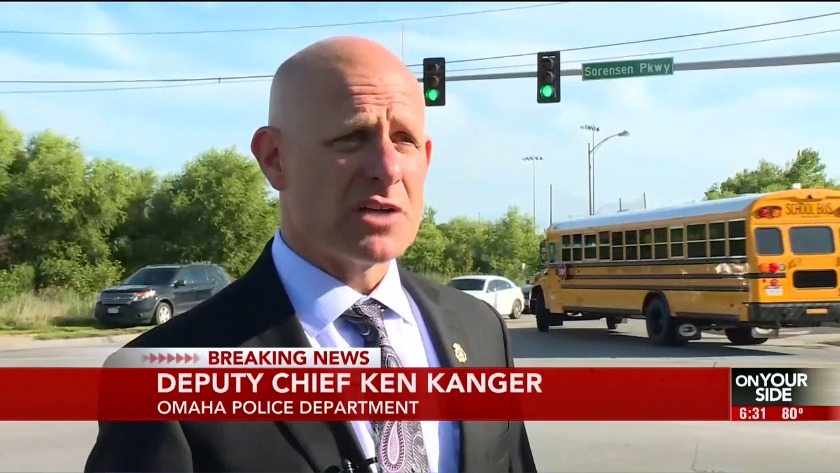 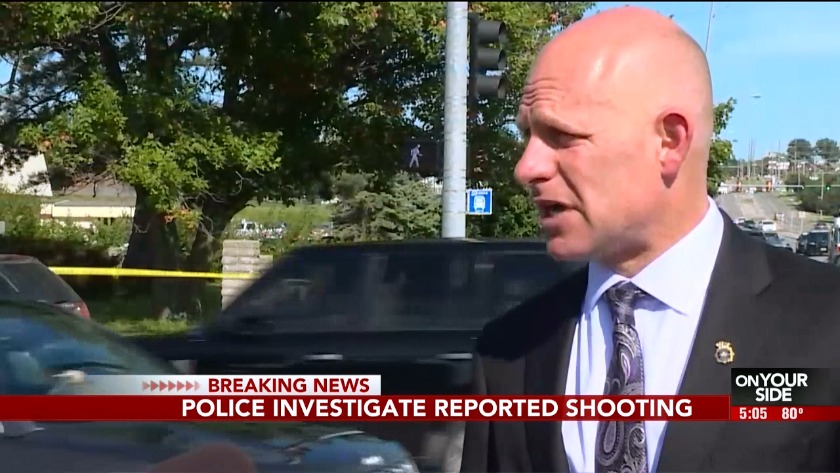 OMAHA, Neb. (WOWT) -- Following a "lockout" at two Northwest Omaha schools Thursday afternoon, Omaha Police said found a man dead in a nearby apartment of what appeared to be a self-inflicted gunshot wound.

Two Northwest Omaha schools — Nathan Hale Magnet Middle School and Roncalli Catholic High School — were on put on "lockout" Thursday afternoon after Omaha Police found a man they say is wanted on a warrant out of Calfornia. (Mason Mauro / WOWT)

Deputy Chief Ken Kanger said at a 5:30 p.m. press briefing the threat was over.

OPD had entered a nearby apartment Thursday in search of a suspect wanted on a warrant out of Calfornia, he said.

Shots were fired at that scene, police said, but no information was available yet on whether any officers discharged their weapons.

The case has been turned over to the officer-involved investigations team, Kanger said.

"Because officers were present and rounds were fired, and technically an individual will be considered 'in custody' under the State of Nebraska," he said.

No one else was present in the apartment when officers entered, he said.

Kanger said he expected Sorensen Parkway would open up to normal traffic soon.

In an earlier briefing, Kanger said officers had spotted a man they believed to be suspect in the area of 64th Street and Sorensen Parkway who was wanted on a 2018 warrant out of California. OPD dispatch said officers called in the report.

"I have no information about the California case," Kanger said in the earlier briefing.

A heavy law-enforcement presence was seen outside an apartment complex near the schools Thursday afternoon. No hostage was believed to be in the complex, Kanger said.

Kanger said law enforcement staged outside an apartment complex. That scene was near the two schools, so both were placed on lockout, meaning any potential threat was outside the school.

OPD is responding to a scene near 65 & Sorensen.
If you have students at @RCHSPride/Nathan Hale, here are the pick up instructions:
Roncalli- go to 60th & Sorensen. Tell officers you are picking up students.
Nathan Hale-enter off 60th St & pick up on east side of the school #OPD

Roncalli tweeted at 4 p.m. that the school would be dismissing students, and that there would be no practices at the school Thursday evening. A follow-up tweet at 4:43 p.m. said the school was requiring students be picked up by families and that no students were allowed to walk home.

Kanger said Nathan Hale students would be released to a parent or guardian on the east side of the school at 60th Street.

Multiple agencies, including SWAT and the bomb squad, were called to the scene, located off Sorensen Parkway between 64th and 66th streets.

—
This is a developing story. Stay with 6 News for updates.

We’re at reports of a shots fired situation near 66th and Sorensen Pkwy. Multiple agencies on-hand including SWAT and bomb squad. Police taping off Sorensen between 66th & 64th. Heavy law enforcement presence outside an apartment complex near Nathan Hale and Rancallie Catholic. pic.twitter.com/ToOENIYpwf

Roncalli Catholic is currently on lockdown. No one can leave or enter the building. Students and staff are safe. There is a situation across the school. @OmahaPolice will release when the situation is controlled.