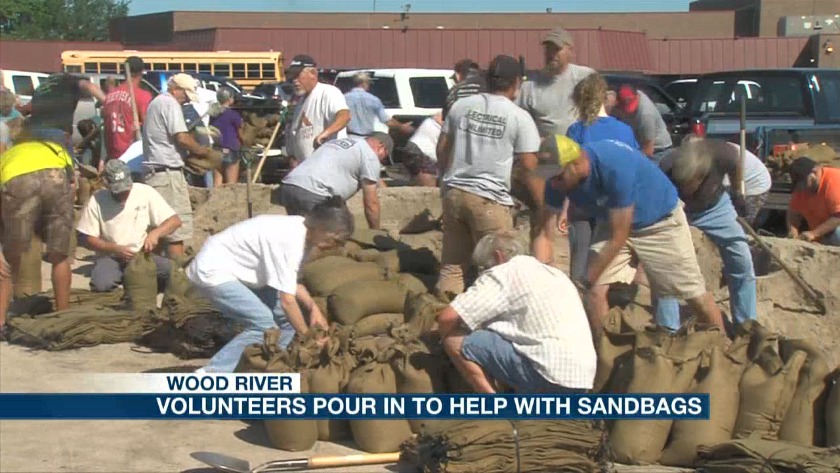 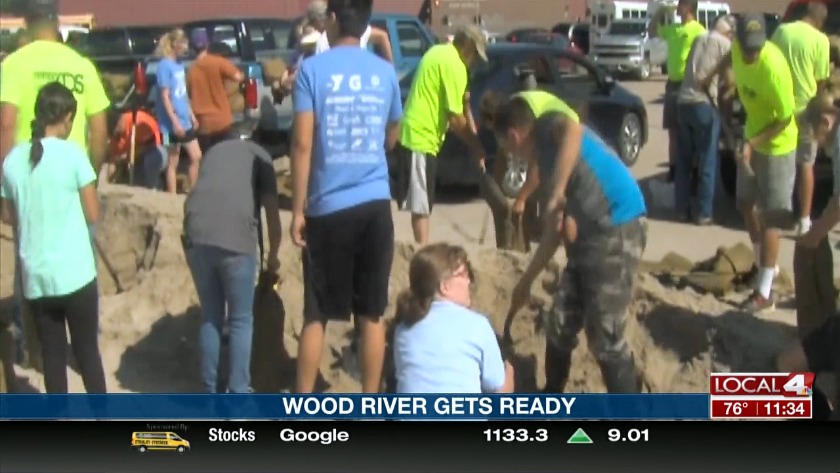 WOOD RIVER, Neb. (KSNB) - Wood River residents once again are going through what has become much too much of a routine for them, filling sandbags in anticipation of flooding. They are thankful they were given notice and time to start preparing.

There are people from all over Nebraska lending hands.

Zandra Kalkwarf lives an hour away from Wood River, but came to help, because it's what they would want someone to do for them.

Kalkwarf says she was not able to help during the last flood, and did not want to miss out again.

"Where I live in Clarks, we didn't have any flooding last time so we didn't have people coming there to help . We did have a lot of people leave town to help other places. So I thought I wanted to be able to do that myself. It's really important because I hope that if anything does happen our way that these same people are going to rally and go help any other community that needs it in the future," Kalkwarf said.

She plans on staying in Wood River as long as they need volunteers.

There are more trucks of sand coming into the town. If you wish to help they are filling bags outside of the Wood River high school the rest of the day.

Significant rains that fell in Kearney earlier this week are moving downstream on the Platte River. The floodwaters are expected to crest in Gibbon Wednesday afternoon, to crest in Wood River around noon Thursday and to crest in Alda midday Friday, according to the National Weather Service Office in Hastings.

However, Wood River Fire Chief Todd King said to expect "significant flooding in Wood River" prior to the crest of the floodwaters. King anticipates high waters late Wednesday evening that may require residents to either shelter in place in their homes or to evacuate to a shelter at the Wood River High School.

Hall County Public Works crews will be mowing select road ditches on the west side of Wood River to increase water holding capacity in those ditches in hopes of reducing the floodwaters reaching the city of Wood River.

The Nebraska State Patrol and Nebraska Game and Parks Commission are also standing by to assist with evacuations, if needed, using light armored vehicles and airboats.