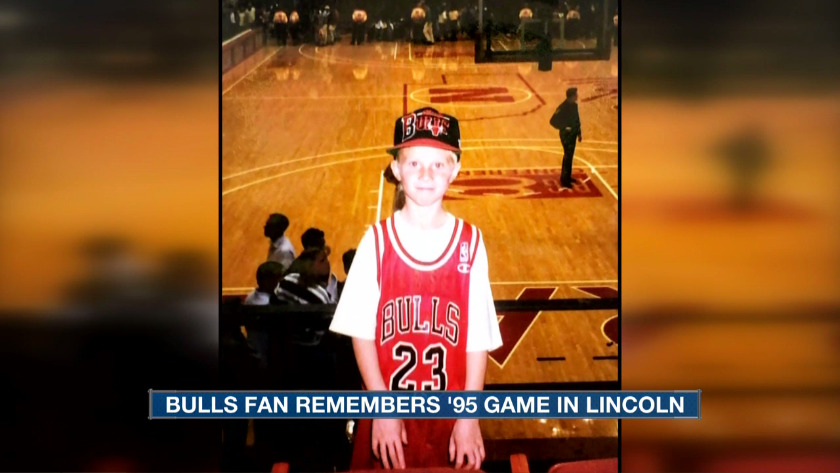 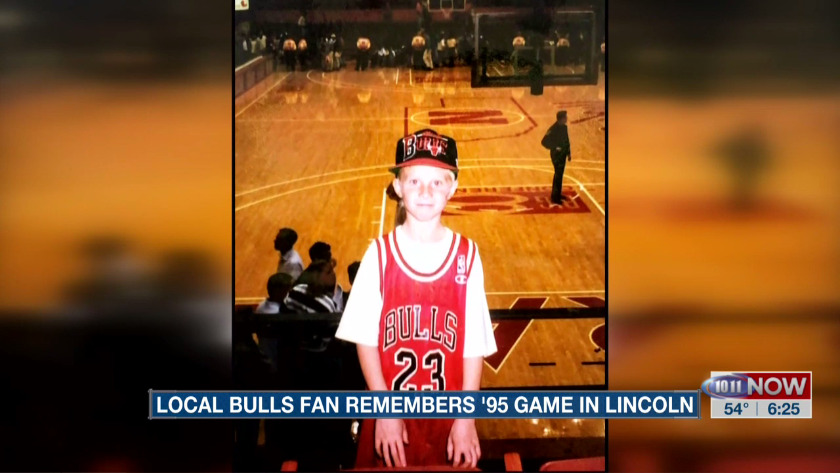 Under Brandon Gries' coffee table is a 14-page scrapbook. Its one of Gries' treasured possessions, as it is filled with photos from the Chicago Bulls' visit to Lincoln in 1995. The Devaney Center hosted an exhibition game bewteen the Bulls and Clippers, which Gries attended as a 10-year-old.

"The day you're born, the day you got married, and the day you saw Michael Jordan," Gries said. He lists those three (in no particular order) as the best days of his life.

"It was the biggest show in the country at the time," Gries said. "And they were right here in Lincoln."

Gries had B-level seats with his mother, aunt and cousin. Gries, who lived in Paxton growing up, took a day off of school for the all-day basketball adventure. He arrived in Lincoln in time to see the Bulls land at the Lincoln Airport.

"We have a perfect picture of Phil Jackson waving at us," Gries said.

Gries remembers arriving at the Devaney Center in time to watch Michael Jordan and the Bulls take the court for warm-ups.

"Every time Jordan goes up to take a layup or shoot a jumper, everyone is taking pictures," Gries said.

The Bulls lost to the Clippers that night, 104-101, in front of more than 14,000 fans. Gries remembers getting his picture taken on the Bulls bench after the game. Also, he saw the team exit the arena, in which he got an autograph from Bulls guard Ron Harper.

The longtime Bulls fan says he started following the team in rural Nebraska because their games were nationally televised. He remembers watching the Bulls regularly on WGN.

With every episode of The Last Dance, Brandon Gries (@RightyBrandon) goes down memory lane. He's a lifelong Bulls fan living in Nebraska. And he can vividly recall October 27, 1995 - the day Michael Jordan & the Bulls played at the Devaney Center.