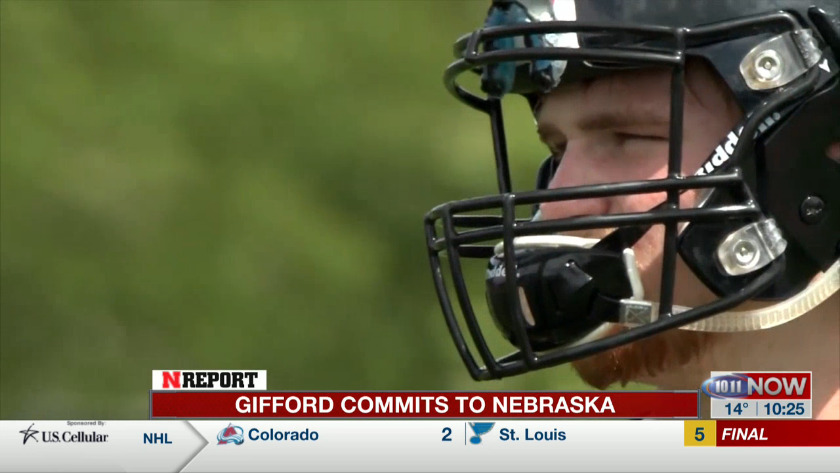 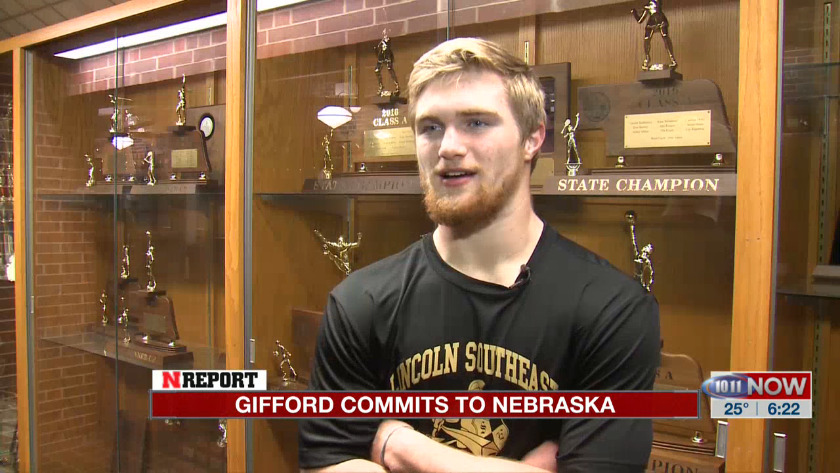 Isaac Gifford didn't receive a scholarship offer from Nebraska until days before National Signing Day. But once given the chance to play for the Huskers, Gifford pledged to the Big Red.

"I called Coach Frost after school," Gifford said. "I wasn't sure how much they really wanted me. When I went in on Saturday, I got the feeling they want me there. That did it for me."

The Lincoln Southeast senior says his patience was tested during the recruiting process. Gifford had offers to play at multiple Division-I schools, including Air Force and Wyoming. He says he plans to enroll in the spring at Nebraska and participate in the Huskers' spring workouts.

Gifford is the younger brother of Luke Gifford, who currently plays for the Dallas Cowboys. Luke was a captain for the Huskers in 2018.

"Him coming home every weekend," Isaac said of Luke's Husker career, "talking about the stories he experienced. Its kind of like 'Man, that's a blast.'"

Isaac Gifford plans to play safety at Nebraska. He was an all-state performer at Lincoln Southeast that helped the Knights to the City Championship and a playoff berth in 2019..