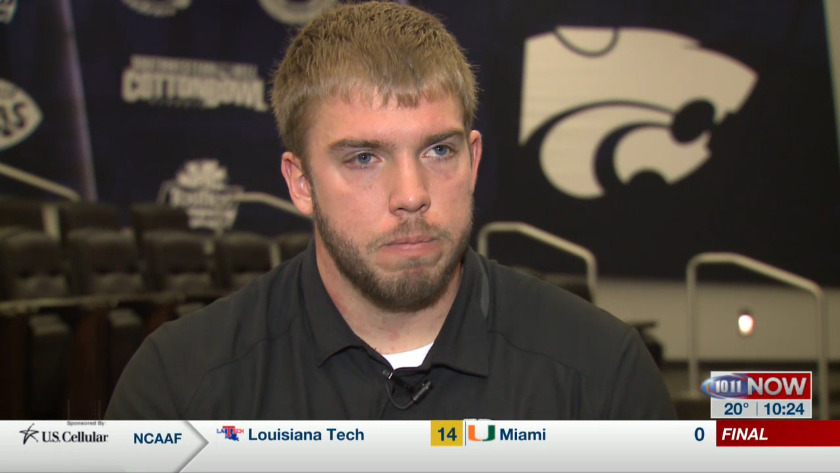 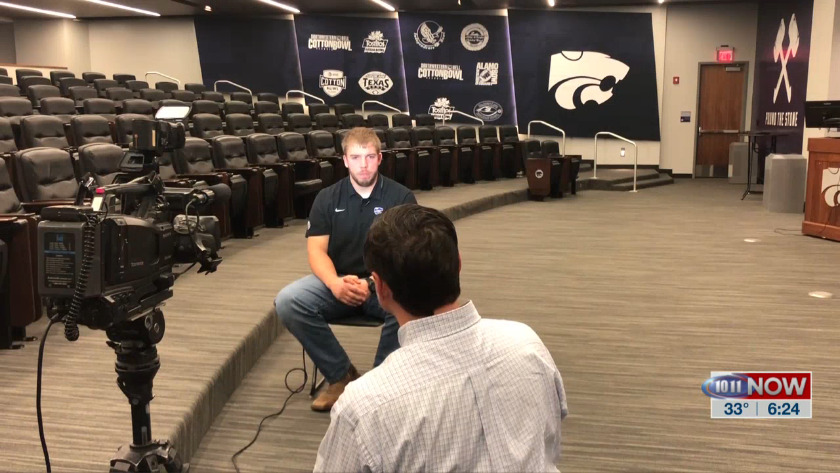 Adam Holtorf says he outlined a number of individual goals when he signed to play football at Kansas State in 2015. Most of those goals have been accomplished.

A 3-year starter at center, Holtorf has been a mainstay on the Wildcats' offensive line. He's made 37 consecutive starts, which Holtorf says is a result of good health and consistent improvement.

More impressively, Holtorf is the first three-time Academic All-American in program history. He carries a 3.92 grade point average in AgriBusiness.

The 6-foot, 4-inch, 302-pound center is a native of Seward, Nebraska. As the anchor of Kansas State's offensive line, the Holtorf has helped the Wildcats rank among the Big 12's best rushing offenses in the Big 12. As a senior, KSU averaged 189 yards on the ground per game.

Holtorf will play his final college game at the Liberty Bowl next week. Kansas State meets Navy on December 31st in Memphis.