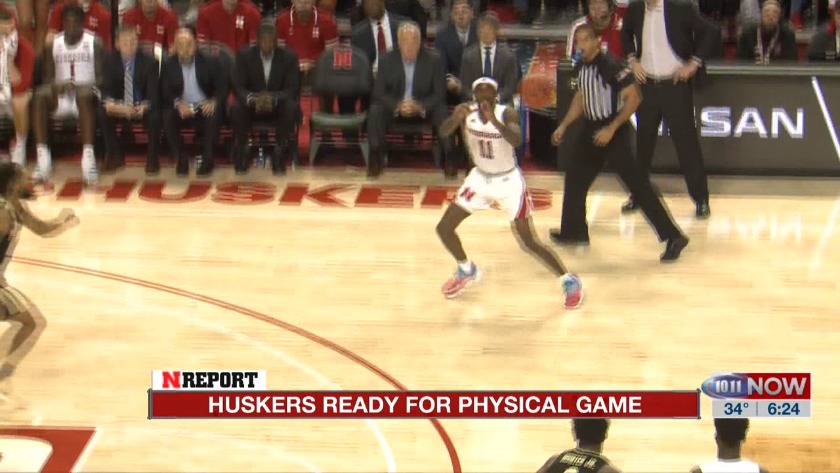 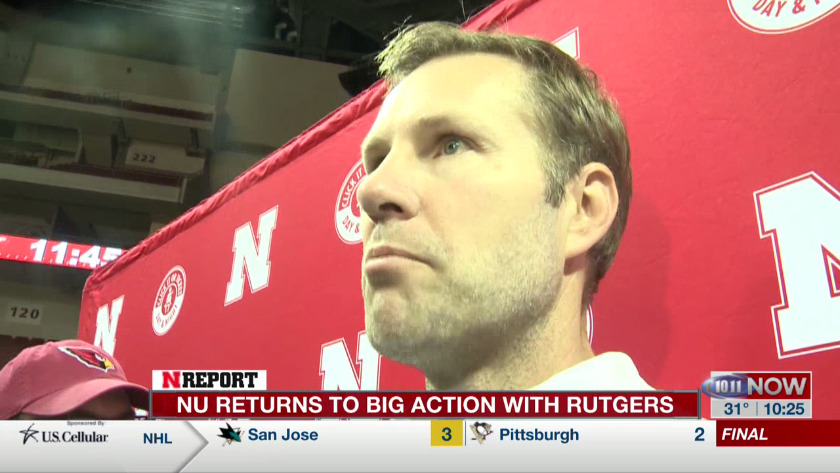 LINCOLN, Neb. (KOLN) - The Nebraska men's basketball team returns to Big Ten action Friday night, as the Huskers welcome the Rutgers Scarlet Knights to Lincoln. Tipoff at Pinnacle Bank Arena is set for 7 p.m. and a limited number of tickets are available for purchase by visiting Huskers.com/Tickets or at the Pinnacle Bank Arena box office beginning 90 minutes prior to tipoff.

Friday's matchup will be carried nationally on BTN with Kevin Kugler and Shon Morris on the call. The game can also be streamed via the web, smartphones, tablets and connected devices through the Fox Sports app.

Fans can follow all of the action across the state of Nebraska on the Learfield IMG College Husker Sports Network with Kent Pavelka and Jake Muhleisen on the call. The game will also be available on Huskers.com, the Huskers app and TuneIn radio. The pregame show begins one hour prior to tipoff.

Nebraska (6-7, 1-1 Big Ten) comes off a solid defensive performance in a 73-52 win over Texas A&M-Corpus Christi on Dec. 29. In that game, the Huskers held the Islanders to 32 percent shooting and forced 15 turnovers which led to 24 Husker points. Nebraska used a 22-4 first-half run to take control and put the game away in the second half with an 11-0 spurt after the visitors pulled within 10 points.

Senior guard Haanif Cheatham paced four Huskers in double figures with 17 points, including 8-of-9 shooting from the foul line, while freshman Yvan Ouedraogo added 11 points and a career-high 14 rebounds for his first career double-double. Cheatham leads the Huskers in scoring at 13.1 points per game while shooting 53 percent from the field. Ouedraogo is pulling down a team-high 6.4 rebounds per game, including 9.5 per game over the Huskers' last four contests.

Rutgers (10-3, 1-1) comes to Lincoln on a four-game win streak after a 94-49 win over Caldwell on Monday night. The Scarlet Knights shot 52 percent, including 10-of-23 from 3-point range, and put five players in double figures. Jacob Young came off the bench for a game-high 23 points on 9-of-12 shooting and added eight rebounds and six assists. On the season, sophomore Ron Harper Jr. leads a balanced attack at 11.8 points per game, while the Scarlet Knights have six players averaging at least seven points per game.

PLAYER SPOTLIGHT
Senior Matej Kavas has reached double figures in each of his last two games. The 6-foot-8 guard is averaging 11.0 points per game on 57 percent shooting, including 54 percent from 3-point range, in NU's last two contests.

NUMBERS TO KNOW
.459 - Thorir Thorbjarnarson is fifth in the Big Ten in 3-point percentage entering January. He is 17-of-37 from long range this season after going a combined 6-of-28 behind the 3-point stripe in his first two years.

2 - Nebraska has out-rebounded its last two opponents, and if the Huskers can out-rebound Rutgers, it would be the first time since the opening three games of the 2018-19 campaign.

+2.8 - Nebraska enters the new year tied for the Big Ten lead in turnover margin at +2.8 per game. NU has committed 12 or fewer turnovers in each of the last five contests.

3 - Double-figure assist games for Cam Mack, which is the most by a Husker since Brian Carr had five in the 1985-86 season.

50- Returning point total from last season, all by Thorir Thorbjarnarson. That is the lowest by any power conference team since the 2009-10 season.

SCOUTING RUTGERS
Rutgers has made significant strides under fourth-year coach Steve Pikiell. A former player at UConn, Pikiell spent the previous 11 seasons at Stony Brook, leading the program to six postseason appearances in seven years, including an NCAA bid in 2016. Rutgers won 15 games in each of

Pikiell's first two years and reached the quarterfinals of the Big Ten Tournament. Last year, the Scarlet Knights tied for 10th with a 7-13 conference mark. This season, Rutgers won six of its first seven games before dropping consecutive road games at Pittsburgh and No. 11 Michigan State. Since then, Rutgers has won four straight games, including a win over Wisconsin and a 20-point victory over No. 22 Seton Hall.

Series History: Friday's matchup will be the 13th all-time meeting with the Scarlet Knights. Nebraska leads the all-time series 8-4 and has won seven of the nine meetings since Rutgers joined the Big Ten. Last year, the two teams split their matchups with Rutgers winning in Piscataway before the Huskers rallied for a 68-61 win in the Big Ten Tournament. NU is 4-0 all-time in Lincoln, including 3-0 at PBA. Prior to the Scarlet Knights joining the Big Ten, the two teams split a home-and-home series in 2006 and 2007, including a 63-51 win at the Devaney Center on Dec. 9, 2006. The only other meeting was a 19-point Rutgers win at the 1999 Hoop and Quill Classic in St. Charles, Mo.

Last Meeting: Behind an opportunistic defense and a big second half from James Palmer Jr., a depleted Nebraska men's basketball team rallied for a 68-61 victory over Rutgers in the opening round of the Big Ten Tournament at the United Center in Chicago. Palmer scored 27 second-half points, including five points during a game-changing 15-0 run that turned a five-point Husker deficit with six minutes to play into a 61-51 lead with 1:30 remaining. Palmer finished with 34 points, tying his career high and one-point shy of the Big Ten Tournament scoring record.

Cheatham, who went over 1,000 career points on Sunday, helped set the tone early, scoring seven of 11 first-half points in a 22-4 NU run that helped the Huskers take control.

The Huskers, who improved to 6-7 on the season, held the Islanders to one field goal over a span of nearly 11 minutes in building an early 18-point lead.

NU, which shot just 33 percent in the first half, took advantage of opportunities when the shots weren't fall, going 13-of-19 in the first half, including 5-of-5 from Cheatham in that stretch. The Huskers also clamped down defensively, holding the Islanders
to 25 percent shooting, including 3-of-14 from 3-point range in the opening 20 minutes.

In addition to Cheatham, Ouedraogo finished with career bests in both points (11) and rebounds (14) to become the first Husker freshman since Shavon Shields in 2013 to record a double-double, while Cam Mack and Matej Kavas added 10 points apiece for the winners.