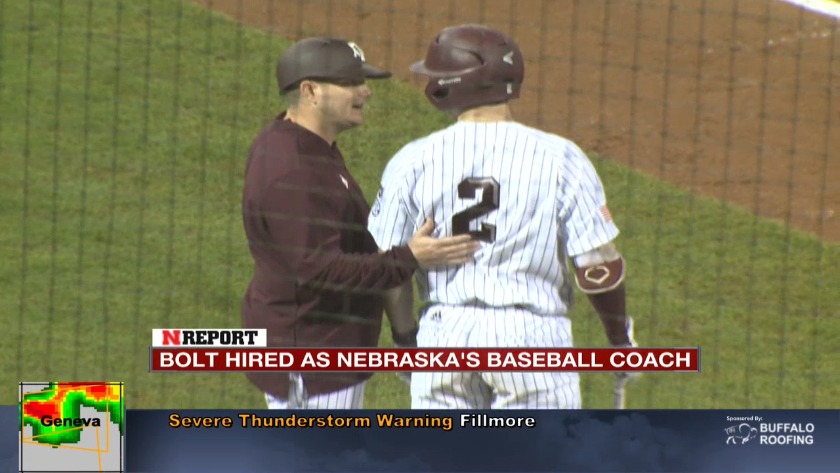 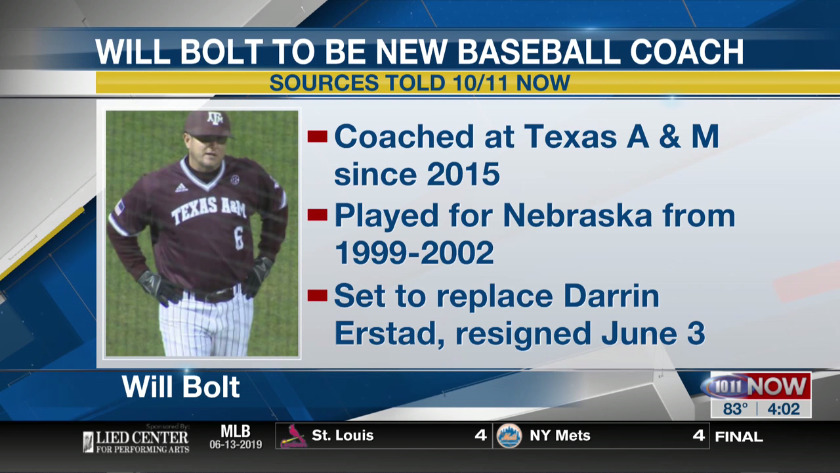 Will Bolt to be new Husker baseball coach

LINCOLN, Neb. -- Former Husker Will Bolt has agreed to become the next head coach of the Nebraska baseball team.

The University of Nebraska confirmed the hire late Friday afternoon.

“The opportunity to come back home to Nebraska and lead the Husker baseball program is such a blessing and honor for my family and me,” Bolt said. “It is such an exciting time in Husker athletics with the foundation laid by Bill Moos within the athletic department, and the success Coach Erstad and staff have had on the field. My family and I have the fondest affection for the Huskers and the city of Lincoln, and truly cannot wait to become part of the Husker family again!”

Bolt brings 16 years of coaching experience to the Nebraska program, including five seasons on the Husker baseball staff and four years as a head coach at Texarkana College.

Friday on "Sports Nightly" radio show, Bolt said he's thrilled to be back leading the Huskers, "It's the state, it's the people, it's the passion for the Big Red. It's the blue collar mentality and the Midwest values. I could go on and on and on about how special of a place Lincoln is and how special Husker Nation is."

Bolt told host Greg Sharp it's been a whirlwind of a 10 days and that he "couldn't be more excited to be in this position."

Bolt said he there will be high expectations for the program.

"The expectations in our program are going to be higher than what anyone else can expect for us," said Bolt. "Day in and day out we're going to strive to achieve the highest. You can't reach the top of the mountain unless you take care of the little things. That's something that'll be preached to our guys, probably until they're sick of hearing it."

Nebraska Athletic Director Bill Moos was also on "Sports Nightly" Friday. He said Erstad, was well as some other people recommended Bolt for the job.

Bolt served as Nebraska’s Associate Head Coach under Darin Erstad from 2012 to 2014 and also was a volunteer assistant on the 2005 Husker team that reached the College World Series. As a player or coach, Bolt has been a part of all three of Nebraska’s College World Series teams and all four Super Regional squads.

Bolt is a graduate of the University of Nebraska and played for the Huskers from 1999-2002.

Bolt will replace Darin Erstad, who announced he was stepping down as head coach on June 3.

This would be Bill Moos' seventh coaching hire since being named Nebraska Athletic Director in 2017. He's been praised for his previous work, including the hires of Scott Frost and Fred Hoiberg.

“Will Bolt has been a winner at every stop he has made as a coach and player, and I am proud to welcome him back to Lincoln as our next head baseball coach,” Moos said. “Will was a part of the most successful teams in the history of our baseball program, and he knows what it takes to win here.