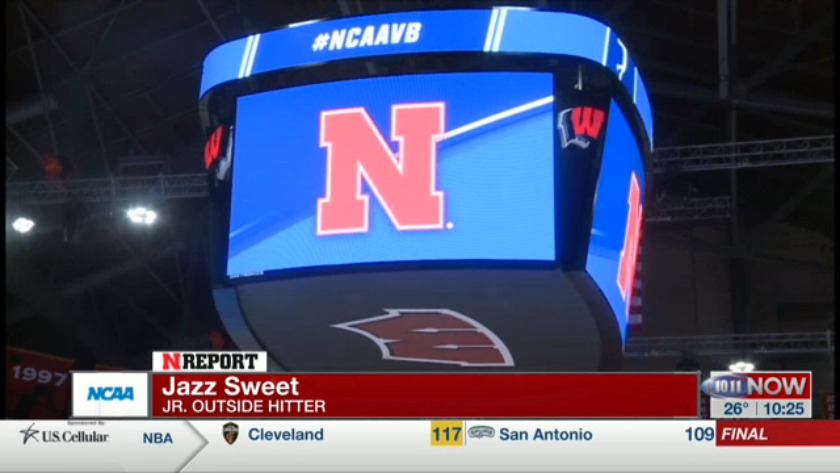 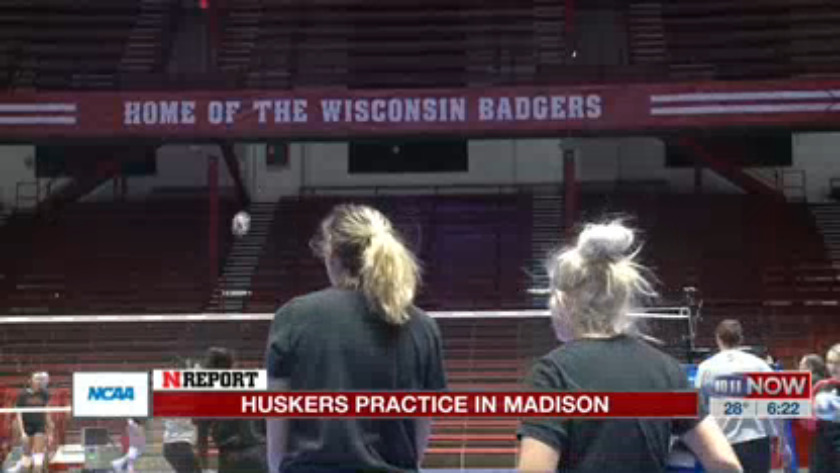 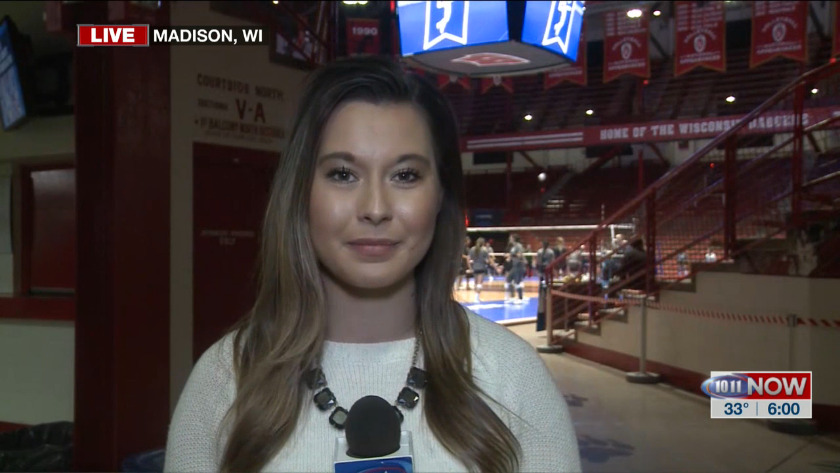 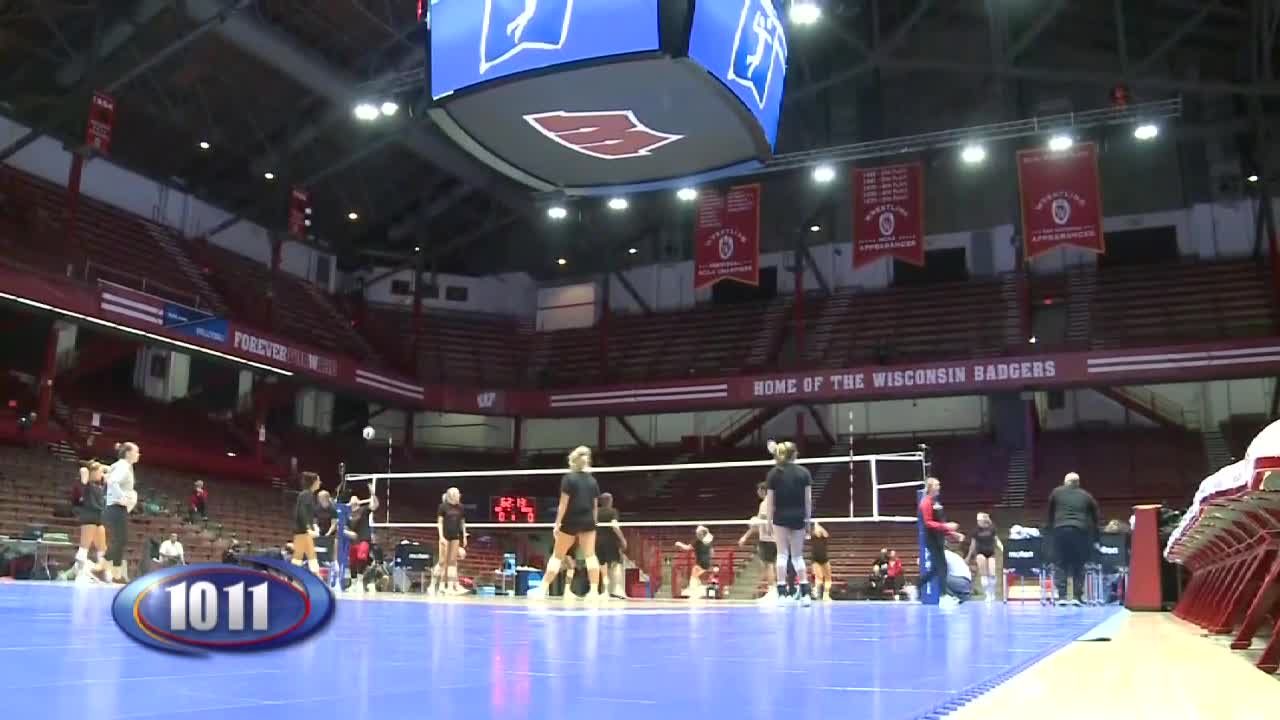 • The No. 6 Nebraska volleyball team continues the NCAA Tournament in Madison, Wisconsin this weekend with a regional semifinal match against No. 18 Hawaii on Friday at 3:30 p.m.
at the UW Field House. The other regional semifinal match features No. 5 Wisconsin against No. 25 Texas A&M at 1 p.m. Friday's winners will meet in the regional final on Saturday at 5 p.m.
• Friday's Nebraska-Hawaii match will be streamed on WatchESPN.com and the ESPN app. Husker Sports Network will broadcast all the Husker action on HSN radio affiliates, including 107.3 FM in Lincoln and AM 590 in Omaha. A live audio stream will be provided at Huskers.com and the Huskers app. John Baylor is in his 26th season doing play-by-play for the Husker volleyball program. Lauren (Cook) West, a former All-America setter for the Huskers, will provide color commentary.

Series History
• Nebraska is 7-4 all-time against Hawaii. The teams have not played since Oct. 21, 2007, a 3-0 Husker win in Lincoln. Hawaii last beat the Huskers on Dec. 14, 2002, 3-1, in an NCAA Regional Final in Lincoln. The only other time they've met in the NCAA Tournament was a 3-1 Husker win in the NCAA Semifinals in 2000, John Cook's first season as Nebraska's head coach. NU went on to win the national title that year.

About the Huskers
• Nebraska is 27-4 overall and went 17-3 in the Big Ten Conference, good for a three-way tie for second place with Penn State and Minnesota and one game behind league champion Wisconsin.
• Nebraska advanced to an NCAA Regional for the eighth straight season, for the 25th time in the past 26 seasons and for the 35th time in school history. The Huskers' 35 NCAA Regional appearances are the most in NCAA history.
• Nebraska is now 115-32 all-time in the NCAA Tournament. The Huskers rank second in NCAA history in wins and winning percentage (.782) in the NCAA Tournament.
• John Cook improved to 82-20 in his NCAA Tournament career last Saturday. He ranks third in NCAA history in NCAA Tournament coaching victories.
• Cook improved to 74-15 in the NCAA Tournament as Nebraska's head coach, moving into third place for the most postseason coaching victories at one school in NCAA history.
• Cook has led the Huskers to an NCAA Regional in 19 of his 20 seasons, the lone exception being 2011.
• Over the last six seasons, Nebraska has a 63-4 record in the months of November and December.
• The Nebraska coaching staff has a couple of ties to Hawaii. Assistant coach Jaylen Reyes is a Honolulu native. His father is Tino Reyes, who was the head women's volleyball coach at Hawaii-Hilo from 2010-15, and for 17 years was an associate head coach on the Hawaii men's staff. Graduate manager Joby Ramos, also a Honolulu native, was a setter for the Hawaii men's team from 2013-14.
• The Huskers rank seventh in the nation and first in the Big Ten with an opponent hitting percentage of .150 this season.
• Lexi Sun leads NU with 3.54 kills per set and is hitting .273 on the season. Sun was named to the All-Big Ten First Team and the AVCA All-Region Team.
• All-America middle blocker Lauren Stivrins averages 2.60 kills and 1.06 blocks per set while hitting a team-best .385 this season. Stivrins is a two-time All-Big Ten First Team and AVCA All-Region selection.
• Freshman Madi Kubik adds 2.75 kills and 2.51 digs per set. She was the Big Ten Freshman of the Year and an All-Big Ten Second Team member. Kubik also earned AVCA North Region Freshman of the Year.
• Nicklin Hames provides 10.90 assists per set and 2.89 digs per set. She has 16 double-doubles on the season and was named to the All-Big Ten First Team and AVCA All-Region Team.
• Jazz Sweet is putting down 2.71 kills per set on the season while hitting .280.
• Callie Schwarzenbach leads the team in blocks at 1.12 per set.
• Freshman libero Kenzie Knuckles is leading the Huskers in digs with 3.70 per set this season. She was an All-Big Ten Freshman Team selection along with Kubik.
• Nebraska had seven services aces against Missouri, which tied the school record for most aces in a four-set NCAA Tournament match in the rally-scoring era. The Huskers also had seven aces against American in the 2006 NCAA Tournament and seven against Washington in 2015.
• Against the Tigers, Sweet tied her career high with six blocks and had 17 kills, her most ever in an NCAA Tournament match and one shy of her career high overall.
• Hames and Kubik each posted double-doubles for the Huskers against Mizzou. Hames posted her 16th double-double of the season, while Kubik notched her sixth double-double of the year.
• Schwarzenbach had eight blocks in the second round, one shy of her season high.

Scouting Hawaii
• No. 18 Hawaii (26-3, 14-2 Big West) punched its ticket to the NCAA Regional Semifinals after a 3-1 first-round win over Northern Colorado and a 3-0 second-round sweep of No. 20 San Diego in Honolulu last weekend.
• The Rainbow Wahine have won 13 matches in a row since getting swept at Cal Poly on Oct. 11. Hawaii finished first in the Big West Conference and is making its first regional semifinal appearance since 2015.
• Senior setter Norene Iosia was the Big West Player of the Year. A four-time All-Big West First Team member, Iosia leads Hawaii with 5.64 assists per set and a team-high 2.86 digs per set in Hawaii's 6-2 system. Iosia has 19 double-doubles this season and also has a team-best 48 service aces.
• Jolie Rasmussen leads Hawaii with 3.35 kills per set. Rasmussen played in the first seven matches of the season before missing nearly three months with an injury. She made her return to the lineup last weekend and had four kills in each of Hawaii's NCAA Tournament matches.
• Hanna Hellvig, the Big West Freshman of the Year, adds 3.14 kills per set. Skyler Williams contributes 1.91 kills per set on .401 hitting with 1.11 blocks per set.

Well this is quote-worthy:

"I think we just need to play our game and not worry about what goes on on the other side of the net. If we do that, we're pretty much unstoppable."
-Nebraska MB Lauren Stivrins https://t.co/a2KjPEDfKT pic.twitter.com/zsKmfUxUac

SIGHTS & SOUNDS: @Huskervball practices in Madison prior to the Sweet 16.