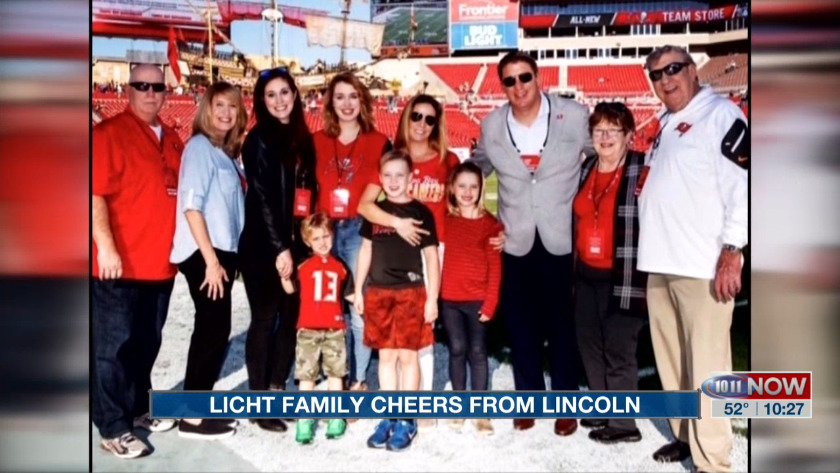 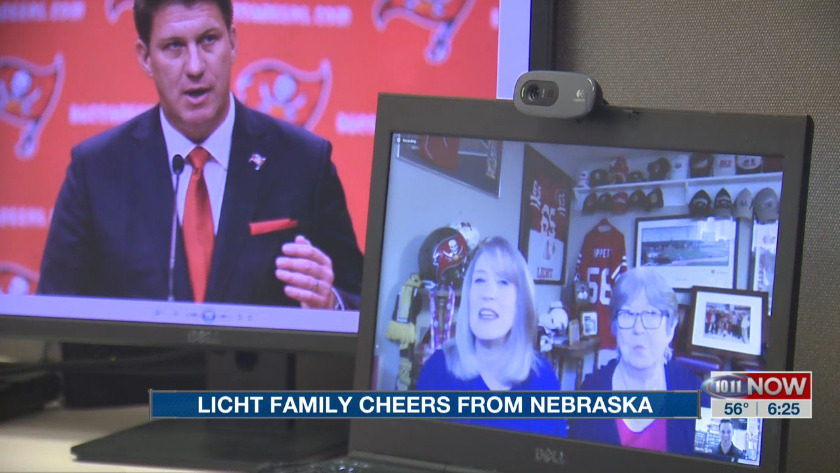 In March, Tom Brady signed a free agent contract with the Tampa Bay Buccaneers. Shortly after, Rob Gronkowski joined the Bucs in a trade with the Patriots. Behind each blockbuster move was Tampa Bay General Manager Jason Licht. The 49-year old is a Nebraska Wesleyan graduate who started his college football career playing for the Huskers.

Licht's extended family lives in Lincoln. His sister, Patti Abbott, is an elementary school teacher while his mother, Karen, is retired. Karen and Patti say they communicate with Jason daily. Several members of the Licht family gather in a weekly Zoom meeting.

"I'm proud of him, but I would be proud of him if he was a plumber," Patti said. "Its not like this job is any more important to me for him. I just love him."

Patti attends Buccaneers Training Camp each year with her husband. Karen, who has a wide-ranging collection of Jason's athletic memorabilia, visits her son three of four times during the football season. The two follow the Buccaneers closely and even held a tailgate in Lincoln during the NFL's Virtual Draft.

"Ever since he was a little boy growing up, he had dreams," Karen said. "He was always determined and willing to pay the price to make the dream come true."

Licht has worked in the Buccaneers front office since 2014. His career path traces back to a 1-year stint with the New England Patriots as an assistant director of player personnel. While in New England, Licht met Brady during the early stages of his NFL career.

Karen and Patti say their conversations with Jason rarely focus on football. They avoid asking him about personnel matters with the Buccaneers. Instead, the Lichts discuss family-related events and other happenings within their communities.

"Its hard for me and for all of us to be like 'Oh, he's a top NFL executive,'" Patti said. "He's just my little brother. He never has changed. He's been the same Jason no matter what."

Jason Licht's father, Ron, always suggested that he should draft a Nebraska football player. Ron passed away in 2019.