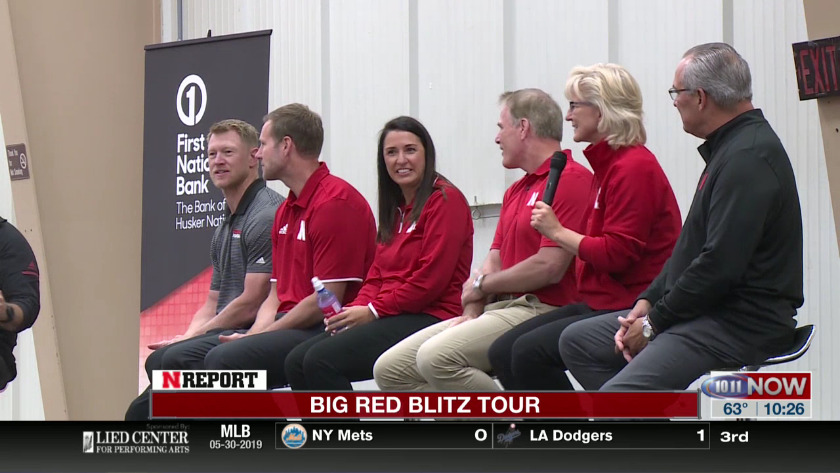 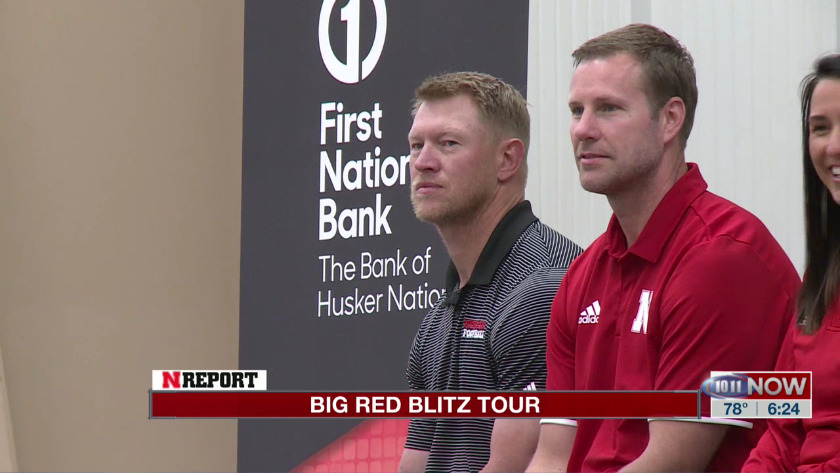 The communities selected were all areas that had been hit by the devastating floods this past spring: Norfolk, Fremont and Ashland. The coaches were in Norfolk in the morning and over 200 Husker fans met them up in Fremont this afternoon.

The coaches received rock star treatment, especially by rolling up in a bus with the Nebraska logo. The event included a question-and-answer session and free giveaways.

At one point Scott Frost got a rise out of the crowd and received a standing ovation for telling the crowd, "We want to bring the nasty back to Nebraska football."

Fans were hanging on to Hoiberg's every word as he mainly talking about Isaiah Roby and the new basketball roster. Nebraska women's basketball coach Amy Williams was thrilled to see all the fans come together.

"Being a player here and wearing that Nebraska across your chest," Williams said, "you know how special it is."

The coaches will be be wrapping up Big Red Blitz in Ashland tonight at the SAC Museum.