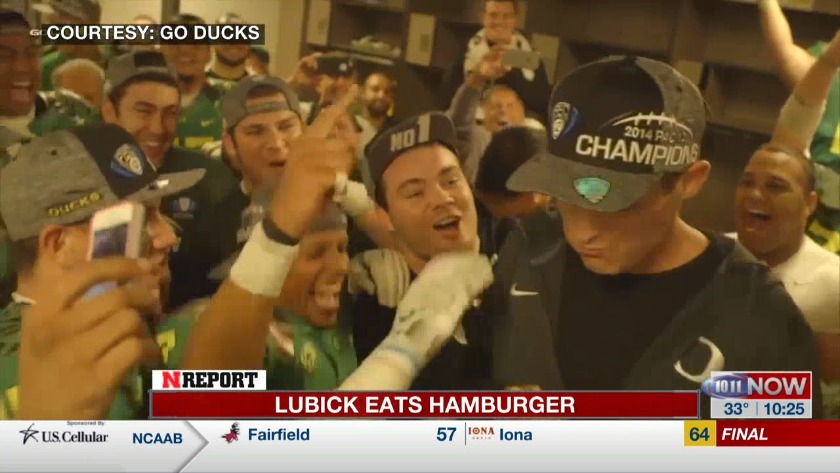 The Nebraska football program announced today that Matt Lubick has been hired as Nebraska's offensive coordinator and wide receivers coach, pending the completion of a University background check.

Lubick brings more than two decades of coaching experience to Scott Frost's staff, including 16 seasons at Power Five Conference schools. Lubick most recently served as Washington's co-offensive coordinator and receivers coach in 2017 and 2018, and spent four years on the Oregon coaching staff from 2013 to 2016 where he served on the Ducks' staff with Frost.

"Matt Lubick is a great addition to our coaching staff," Frost said. "I have always wanted to work with Matt again since our days at Oregon together. He is the only person I considered for this position.

"Matt has an innovate offensive mind, provides a veteran presence on our staff and brings a proven track record of success at the Power Five level. Matt and I developed a great relationship working together previously, and I look forward to adding his expertise to our offensive staff."

The son of long-time Colorado State head coach Sonny Lubick, Matt Lubick began his college coaching career for his father in 1995. He has been part of teams that won six conference titles and played in 14 bowl games, including the 2014 College Football Playoff championship game at Oregon.

"I am humbled to have the opportunity to be part of Nebraska Football," Lubick said. "Growing up I was in awe of Tom Osborne and Bob Devaney's unmatched run of success. It is a special situation for me to be reunited with an elite staff and Coach Frost who is the best in the business. The University of Nebraska is a world-class institution with the best fan base in college football."

In his two seasons at Washington, Lubick helped the Huskies to 20 victories, the 2018 Pac-12 Championship and appearances in the Fiesta Bowl and Rose Bowl. The Husky offense completed better than 66 percent of its passes in each of Lubick's two seasons on the Washington staff.

Lubick spent four seasons at Oregon from 2013 to 2016, working with Frost on the Duck staff for the first three of those seasons. Oregon ranked in the top five nationally in both scoring and total offense from 2013 to 2015. Lubick took over as Oregon's offensive coordinator after Frost left to become head coach at UCF.

While serving as Duke's wide receivers coach from 2010 to 2012, he was named the 2012 Football Scoop Wide Receivers Coach of the Year and was a finalist for the AFCA Assistant Coach of the Year. An NAIA All-American defensive back, Lubick coached the secondary at Arizona State from 2007 to 2009, helping the Sun Devils to the 2007 Pac-10 Conference co-championship.