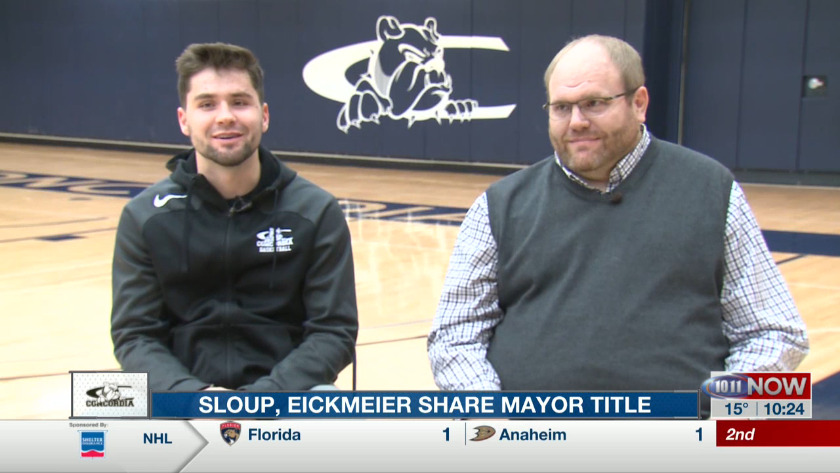 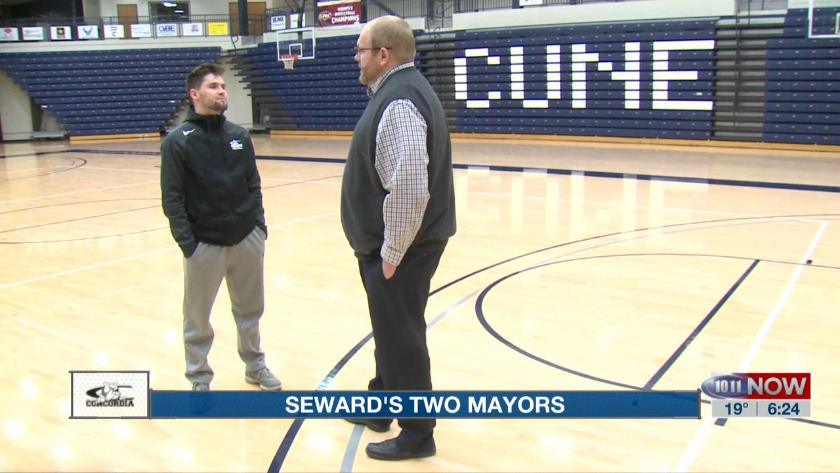 Brevin Sloup grew up in Seward. He played high school basketball in his home town and became the school's all-time scoring leader. Sloup continued his basketball career at Concordia, which is located in Seward. With his strong ties to the city and his popularity, Sloup is nicknamed "The Mayor."

Coincidentally, Sloup is a close family friend of Josh Eickmeier - Seward's Mayor. Eickmeier has no problem with Sloup being called "The Mayor."

"If I didn't know who he was, it might be a little weird," Eickmeier said. "Knowing him and his family and what great people they are, if definitely makes it fun."

Sloup is nearing the end of his Concordia career. He is in his senior year and currently ranks 25th in school history in career scoring. Sloup says he's had fun with his on-campus popularity. Sloup says most of the student body understands the reason for his nickname. Sloup's game shoes even have the words "The Mayor" embroidered on them.

Eickmeier often attends Concordia basketball games. He can be seen occasionally wearing a white shirt with the number 3 on the front and "The Mayor" printed on the back.