AMMAN, Jordan, April 26, 2022 /PRNewswire/ -- Siniora Food Industries held recently its regular general assembly meeting, chaired by Siniora Chairman Tarek Omar Aggad, during which the distribution of cash dividends for the fiscal year ending on December 31, 2021, was approved for shareholders registered on April 19, 2022 at a rate of 17% of the paid-up capital of the company, amounting to JD 4.76 million (USD 6.7 million). 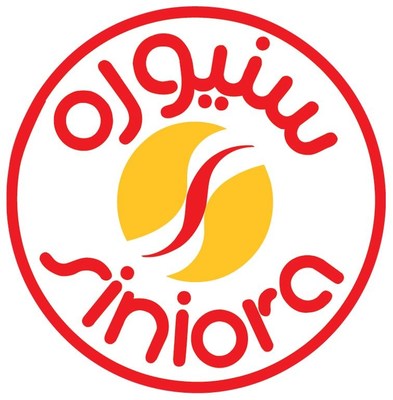 The audited financial statements for 2021 showed extraordinary growth and unprecedented achievements at all levels, with the company achieving net profits of JD 8.03 million (USD 11.3 million). Overall revenues also increased by 53% compared to the previous year, amounting to JD108.5 million (USD 153 million) in 2021, and total assets amounted to JD 100.7 million (USD 142 million) by December 31, 2021, a 12% increase compared to the previous year. Additionally, shares rose by 12% to reach JD 0.28.

Siniora Chairman Tarek Omar Aggad said that 2021 was a year full of challenges as a result of coronavirus pandemic as well as the overall economic conditions prevailing in the region and the world. However, the Siniora Group was successful in applying the vision of the Board of Directors with the acquisition of 77% of Trakya Et, the owner of the trademark Polonez brand, with an investment of 203.9 million Turkish liras, equivalent to JD 20.2 million, a move that is in line with the plans of the company's expansion strategy.

Aggad went on to add that in line with the vision to diversifying the Siniora product portfolio to meet the tastes and of consumers, the Badeel brand was launched, which was created and developed as the first of its kind soy-free and gluten-free products, and that includes four types of burgers, minced meat, sausages and nuggets. This latest product was launched in both the Jordanian and UAE markets and was produced and developed in cooperation with Siniora team members in Jordan, Palestine and the United Arab Emirates.

Aggad also spoke of the pioneering corporate social responsibility role played by the Siniora Group during the coronavirus pandemic, during which the company remained active in the communities in which it operates by supporting and assisting social, charitable and humanitarian institutions and national funds, with an investment in 2021 that totaled JD 270,000 (USD 380,000).

Speaking about Siniora's 2021 results, company CEO Mr. Majdi Al-Sharif said that sales increased in all of the company's branches, with the company witnessing a growth in chilled and frozen sales in the Jordanian market by 16%, as well as in the Palestinian market by 27%, followed by the growth of frozen meat sales, which were immensely popular among Palestinian consumers for the second consecutive year. As for the company's sales in the Gulf region, these increased by 8% compared to the previous year, despite the challenges the company faced in the Saudi market due to the restrictions imposed on registration, as well as the issuance of import permits to the Kingdom of Saudi Arabia by the Food and Drug Authority. However, the company still achieved growth in this market.

Al-Sharif went on to add that the company will continue to work to increase its market share at the local and regional levels in order to continue achieving distinguished results, saying, "We look forward to 2022 with optimism, and expect it will be an exceptional year for the company. This year, we will promote sales of frozen products in all markets to meet the tastes of consumers, guaranteeing our leading position as a top industrial company in the region within the food industry sector. We will also advance our sales in the Turkish market, which will further advance the company's position, revenues and profits in the near future." Al-Sharif went on to add that efforts will be exerted to raise production capacity and improve and develop production lines in the Trakya (Polonez) company in Istanbul. Al-Sharif concluded his speech by thanking the company's employees at all levels for their continuous efforts to achieve the company's goals, as well as the Board of Directors for their continuous support and backing of the executive management team.

Siniora is a public shareholding company listed on the Amman Stock Exchange (ASE: SNRA). It is a leader in the meat industry in the region, which produces through four factories equipped with the best international technologies in Palestine, Jordan, UAE and Turkey. For more information: www.siniorafood.com